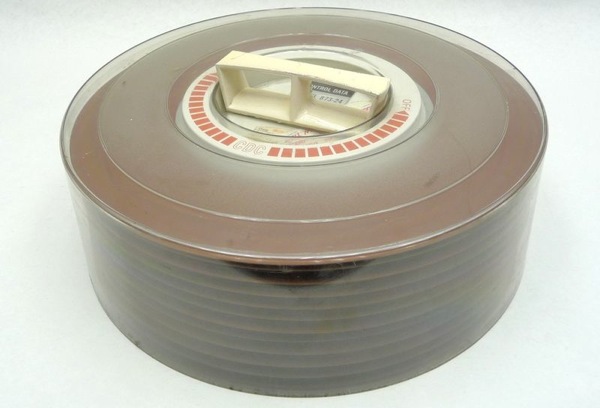 I was contacted earlier this week about a project to recover information off of an old Cray-1 supercomputer hard drive. Unlike, say, trying to get your old floppies to read or pulling an old mix tape off of a cassette, with something as old as a Cray-1 (a computer once called the “World’s Most Expensive Love Seat“), you don’t even have a place to really plug it in: functioning Cray-1 machines are rare as you can get, and even if you were to get the hard drives spinning up and read off of – where would you get the data off the Cray?

Researcher Chris Fenton has a thing about Cray supercomputers – he built a tiny homebrew version of one that used emulation to allow you to experience some aspect of Crays, from his desktop. So when he found himself with a 80 Megabyte CDC 9877 disk pack, which was quite a lot for the early 1970s, it wasn’t just a matter of hooking it up to USB. (Actually, we have a brochure for the behemoth you would put this disk pack into to read it.)  Here’s what a nearly-the-same CDC 9987 looks like…