Why the Faster-than-Light Neutrino Experiment May Be Wrong 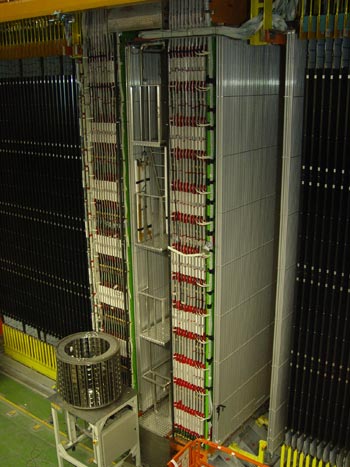 Interesting article from the Bad Astronomy Blog at Discovery.com:

So the web is buzzing right now over news that scientists have detected some subatomic particles moving faster than the speed of light.

Yeah, well, not so fast. Let’s think about this for a sec.

First, what happened is that they create these particles, called neutrinos, at CERN in Geneva. Neutrinos don’t interact with normal matter well, so they can pass right through the Earth as if it isn’t there. In a fraction of a second, some of them enter a detector called OPERA in Italy where they are recorded (pictured here). If you divide the distance between those two points by the time it takes for the neutrinos to travel, you get their speed.

And when the scientists did that, they find the neutrinos get to Italy about 60 nanoseconds faster than a photon would.

The thing to do is to look at where this claim might have gone awry. First, the timing is interesting. They claim a measuring accuracy of 10 nanoseconds, so 60 ns would be pretty significant. However, my first thought is that light travels about 30 centimeters in 1 ns, so they need to know the distance between the source and the detector to an accuracy of 3 meters. If they are off by 20 meters, then we’re done; that would explain the difference entirely. I suppose this depends on how they measured the distance and the speed of the particles, too. However, they haven’t published a paper on this just yet, so that’ll have to wait.

Also, as pointed out in a Science Magazine article, knowing the exact moment the neutrinos are created isn’t easy either. Mind you, 60 nanoseconds is 0.00000006 seconds, so they need a pretty good clock here. That page also says they used GPS to determine the distance, which could be off a bit.