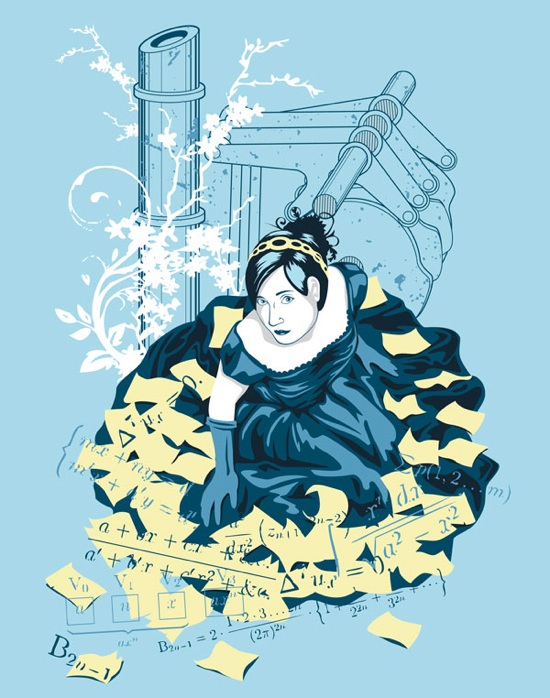 Even in the utilitarian aspect, however, we do not doubt that very valuable practical results would be developed by the extended faculties of the Analytical Engine; some of which results we think we could now hint at, had we the space; and others, which it may not yet be possible to foresee, but which would be brought forth by the daily increasing requirements of science, and by a more intimate practical acquaintance with the powers of the engine, were it in actual existence. – Ada Lovelace

Augusta Ada Byron King, Countess of Lovelace wrote the above in 1843. She had undertaken, at Charles Babbage’s behest, a translation from the French of Italian mathematician Luigi Menabrea’s description of Babbage’s lecture in Turin on what he called an “Analytical Engine.” In her notes, which are longer than the text being translated, she presents for her English-speaking audience a clear distinction between the Difference Engine and the Analytical Engine, as well as how the Jacquard loom punch cards could be fed into the Analytical Engine so that the program could be held separate (and repeatable) from the device itself. “We may say most aptly, that the Analytical Engine weaves algebraical patterns just as the Jacquard-loom weaves flowers and leaves.” She clearly inherited some of her father’s poetic manner. Later in the notes, she sets forth a series of calculations for this as-yet hypothetical machine, which, although she didn’t get to run it, are recognized as the very first computer program.