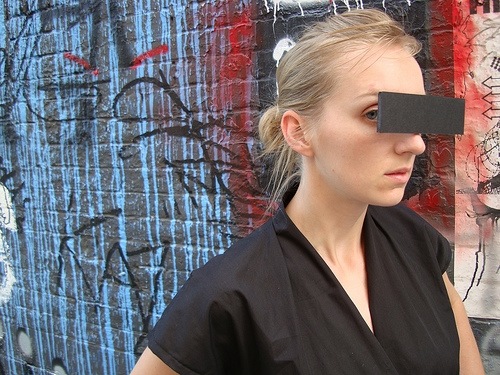 Wagenknecht’s most recent works include ctrl+z: the career machine, in which she sets up ‘donations points’ offering women the chance to get their careers back by ‘donating’ their children to science. ShadowProject, a collaborative project with Stefan Hechenberger, that involves a series of reactive wall like installations about computer-controlled architectural components. SAHM (stay at home mom), a twenty-four-hour long public performance in which the artist actions become a critique of what she calls ‘social genetics’. As a woman vacuums a 5×7 foot rug in Union Square Park, twenty-four hours pass by in the city around her. The live performance is a manifestation of the belief that we are raised on generational myths that perpetuate a lifestyle or expectation that women are the primary homemakers. Thus they must sacrifice for the family and home because it is accepted, expected and honorable for them to do such.

Her research, collaborations and projects are documented in a number of academic papers, books and magazines such as the Economist, Popular Mechanics, MIT Technology Review, Gizmodo, Slashdot, Engadget, Heise, ARTnews and Der Standard.

Wagenknecht also co-founded the New York City and Austrian based research and development lab NOR_/D with Stefan Hechenberger. NOR_/D developed the first commercial open source multitouch system in 2007 called CUBIT and multiple iterations which have followed.
She currently splits her time between New York City and Austria. Through her artistic and scientific practices she hopes to challenge the status quo and create a sense of bittersweet irony (preferably both at once).