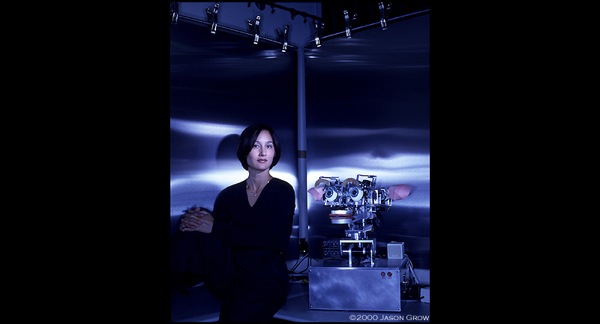 Cynthia Breazeal is an Associate Professor of Media Arts and Sciences at the Massachusetts Institute of Technology where she founded and directs the Personal Robots Group at the Media Lab. She is a pioneer of social robotics and Human Robot Interaction. She has authored the book “Designing Sociable Robots”, has published over 100 peer-reviewed articles in journals and conferences on the topics of autonomous robotics, artificial intelligence, human robot interaction, and robot learning. She serves on several editorial boards in the areas of autonomous robots, affective computing, entertainment technology and multi-agent systems. She is also a member of the advisory board for the Science Channel and an Overseer at the Museum of Science, Boston.

Her research focuses on developing the principles, techniques, and technologies for personal robots that are socially intelligent, interact and communicate with people in human-centric terms, work with humans as peers, and learn from people as an apprentice. She has developed some of the world’s most famous robotic creatures ranging from small hexapod robots, to embedding robotic technologies into familiar everyday artifacts, to creating highly expressive humanoid robots and robot characters. Her recent work is investigates the impact of social robots on helping people of all ages to achieve personal goals that contribute to quality of life, in domains such as physical performance, learning and education, health, and family communication and play over distance.

Dr. Breazeal is recognized as a prominent young innovator. She is a recipient of the National Academy of Engineering’s Gilbreth Lecture Award, Technology Review’s TR35 Award, and TIME magazine’s Best Inventions of 2008. She has won numerous best paper and best technology inventions at top academic conferences. She has also been awarded an ONR Young Investigator Award, and was honored as finalist in the National Design Awards in Communication.