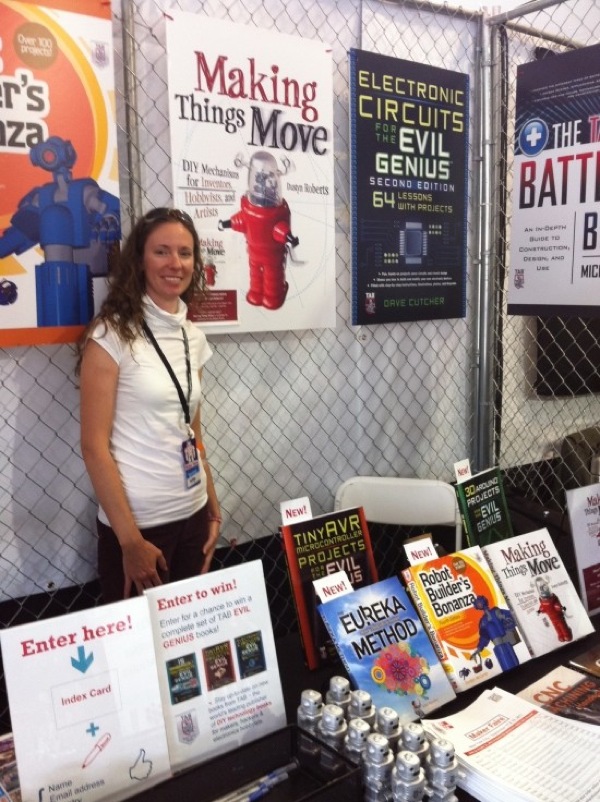 Dustyn Roberts is a traditionally trained engineer with non-traditional ideas of how practical engineering can be taught. She started her career at Honeybee Robotics as an engineer on the Sample Manipulation System project for NASA’s Mars Science Laboratory mission, scheduled for launch in 2011. In 2006 she founded Dustyn Robots after consulting for two artists during their residency at Eyebeam Art + Technology Center in NYC. She continued consulting projects for students and artists while working full time at Honeybee, and eventually moved to consulting full time on projects ranging from gait analysis to designing guided parachute systems. In 2007, she developed a course for NYU’s Interactive Telecommunications Program called Mechanisms and Things That Move that led to the book you are now holding in your hands. She also participated in the pilot of Battle of the Geeks where her team designed and launched a rocket across a canyon in Africa, and has attracted media attention by Time Out New York, IEEE Spectrum, and local organizations.

Dustyn holds a BS in Mechanical and Biomedical Engineering from Carnegie Mellon University with minors in Robotics and Business and an MS in Biomechanics & Movement Science from the University of Delaware. She currently lives in Brooklyn with her wife, Lorena, and cat, Simba.