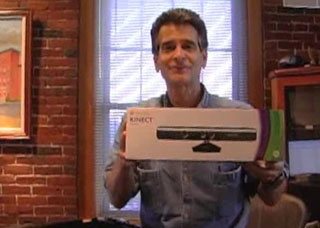 FIRST has  announced that the Kinect and Windows SDK will be included in the standard “Kit of Parts” for the 2012 FIRST Robotics Competition (FRC).

FRC is a unique “Varsity Sport for the Mind,” which is designed to help young people discover the interesting and rewarding aspects of engineering and research, while challenging teams and their mentors to solve problems in a six-week timeframe by using a standard Kit of Parts and a common set of rules. The 2012 kit will include Kinect technology, enabling competitors to not just control the robot, but to “be the robot.”

By combining the Kinect technology with robotics, competitors will be able to control their robots by using a natural user interface—with potentially no joystick, game controller, or other input device required. Teams will have the option of programming their robots to respond to custom gestures that their human teammates create, or by using default code and gestures. Kinect will be beta tested by using robots built by FIRST students in the coming weeks in preparation for the 2012 competition

The article says that an estimated 60,000 competitors will have access to Kinect technology in the 2012 competition.