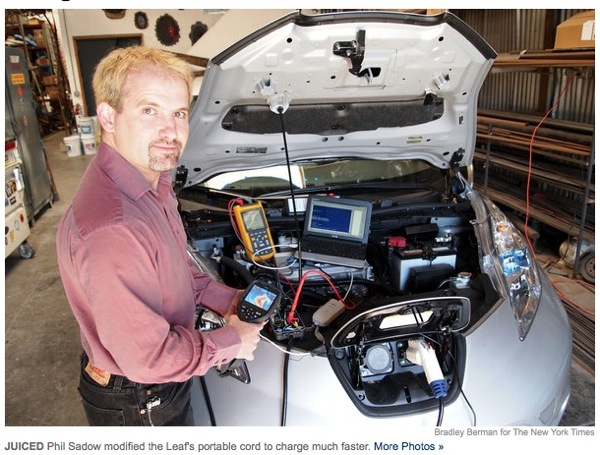 WITHIN weeks of when Nissan first began delivering the Leaf to buyers last December, do-it-yourselfers were looking for ways to make the new electric car — an engineering marvel from one of the world’s leading automakers — even better.

Among those who applied their 21st-century engineering skills to tinkering pursuits that date to the dawn of automobiles was Gary Giddings, 69, a retired engineer and a passionate supporter of electric vehicles.

“At this point in my life, my goal is to spend whatever time I have trying to help E.V.’s become successful,” Mr. Giddings said. He is using his Ph.D. in electrical engineering, earned at the University of California, Berkeley in the free-speech 1960s, to correct some of the Leaf’s shortcomings and to squeeze more performance out of it.