The Number of Women Founding Companies has Doubled in Three Years 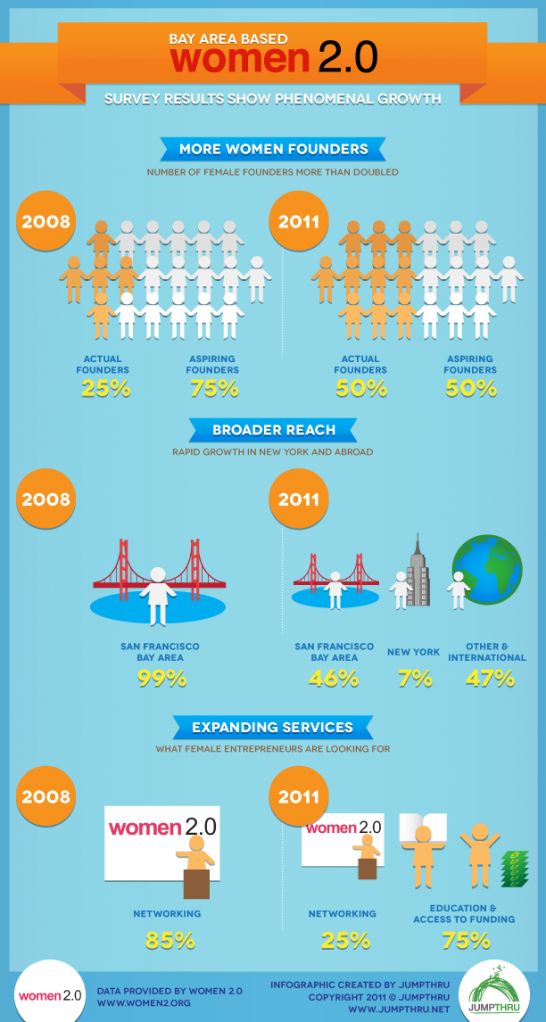 The organization Women 2.0 has released data saying that the number of women starting companies has doubled since 2008. More from TechCrunch:

Back in 2008, Women 2.0 ran the same audience survey and found that 25% of its community were women founders. Today, more than 50% of its audience can now say the same.

Granted, only polling the audience of a women-focused technology community isn’t going to give you the same hard data as you would find if you took a broad sampling of the startup community as a whole and looked for changes over time. However, it likely does indicate that many of those 2008 respondents who claimed to be “thinking about entrepreneurship” actually followed through and launched their own companies. And that, in and of itself, should serve as solid inspiration for women entrepreneurs.

Also encouraging is the news that, following general trends, these women have moved beyond Northern California and into other markets like New York!