The Making of Arduino 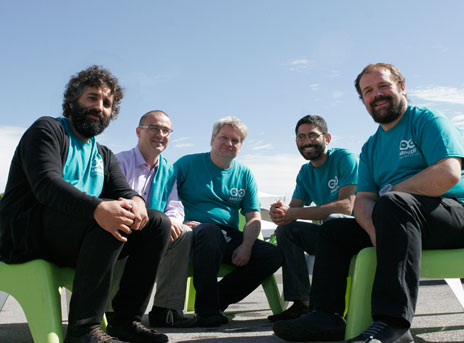 Really great article from IEEE Spectrum on the origins of Arduino. Nice to see the IEEE taking an interest in such things.

The picturesque town of Ivrea, which straddles the blue-green Dora Baltea River in northern Italy, is famous for its underdog kings. In 1002, King Arduin became the ruler of the country, only to be dethroned by King Henry II, of Germany, two years later. Today, the Bar di Re Arduino, a pub on a cobblestoned street in town, honors his memory, and that’s where an unlikely new king was born.

The bar is the watering hole of Massimo Banzi, the Italian cofounder of the electronics project that he named Arduino in honor of the place. Arduino is a low-cost microcontroller board that lets even a novice do really amazing things. You can connect an Arduino to all kinds of sensors, lights, motors, and other devices and use easy-to-learn software to program how your creation will behave. You can build an interactive display or a mobile robot and then share your design with the world by posting it on the Net.

In the meantime, they’re enjoying their unlikely fame. Fans travel from far away just to have a drink at the pub in Ivrea where the phenomenon got its name. “People go to the bar and say, ’We’re here because of the Arduino board,’ ” Banzi says. There’s just one problem, he adds with a laugh: The bartenders don’t know what the Arduino board is.

Filed under: arduino, EE — by johngineer

Comments Off on The Making of Arduino