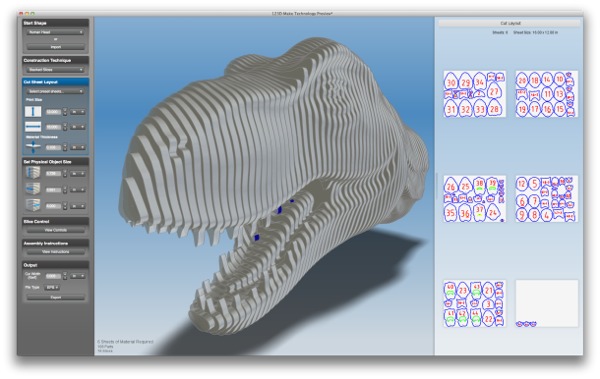 … two new free software applications that Autodesk is planning on releasing on Monday. The two programs join the company’s existing iPad app, 123D Sculpt, as part of a family of tools that are intended to give just about anyone the ability not just to make their own 3D designs, but also to get them produced as real, physical models.

Autodesk unveiled the two new applications at a press event at its innovation center here today, making the argument that just about anyone can now play the role of 3D modeler that has traditionally belonged to CAD experts and other professional designers.

With 123D Catch, a user can take any digital camera and use it to photograph a real-world object. By snapping a few dozen pictures from angles all around the object and then uploading them to Autodesk’s cloud-based system via the software, the user can within minutes get back a 3D model of the object. Autodesk will process the model at no charge.

Autodesk is the one to watch folks – don’t be surprised when they buy Makerbot! 🙂