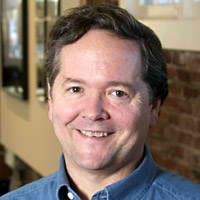 We were thrilled to learn yesterday that Dale Dougherty, co-founder of O’Reilly Media, founder and publisher of MAKE, and creator of Maker Faire, has been invited to the White House today to receive recognition as a “Champion of Change.”

The White House Champions of Change Initiative profiles Americans from all walks of life helping the country rise to the challenges of the 21st century. These Champions of Change are doing extraordinary things in their communities working to out-innovate, out-educate and out-build the rest of the world.

No one deserves such an honor more than Dale. He has not only been a tireless architect and advocate of the maker movement, but he’s equally as passionate about bringing making and its values into the realms of formal and informal education. Increasingly, he’s been pounding the pavement, and doing a lot of presentations and public speaking, trying to raise awareness of the value of experiential, hands-on learning. It’s nice to think that some of this effort is starting to get noticed by the powers that be.

Dale will be honored as part of a day of activities at the White House called “Make it in America.” We’ll see if we can get him to share some of his experience with us. Being called to the White House is not something that happens every day. Go get ’em, Dale!

Comments Off on “Champion of Change” – Dale Dougherty, co-founder of O’Reilly Media, founder and publisher of MAKE