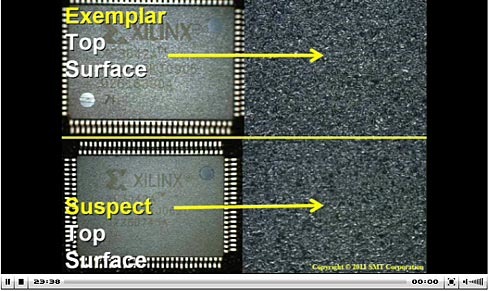 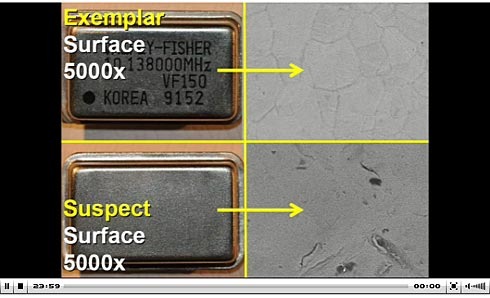 Earlier this year, Boeing and the Navy found that the ice detection system on a brand new P-8 Poseidon was defective. The ice detection system is a critical piece of hardware designed to prevent tragedies by alerting pilots to the presence of ice on an aircraft’s control surfaces. Where did this defective part come from? China. A whole batch of a key piece of the ice detection hardware that was sent to the P-8 production line turned out to be used and worn out parts that were badly refurbished and sold to P-8 subcontractor BAE Systems as a new part, according to Levin. Boeing and BAE first became aware of the problem in 2009, he added.

The fake P-8 parts are just one of many examples of how counterfeit parts — often made from 1980s and 1990s-vintage junk computer parts that are sanded down and remarked in China and then sold back to the U.S. as brand new computer chips for advanced weapons systems. One witness at the hearing just described growing counterfiet semiconductors seeping into critical weapons systems as “ticking time bombs.”