Thinking outside the planar 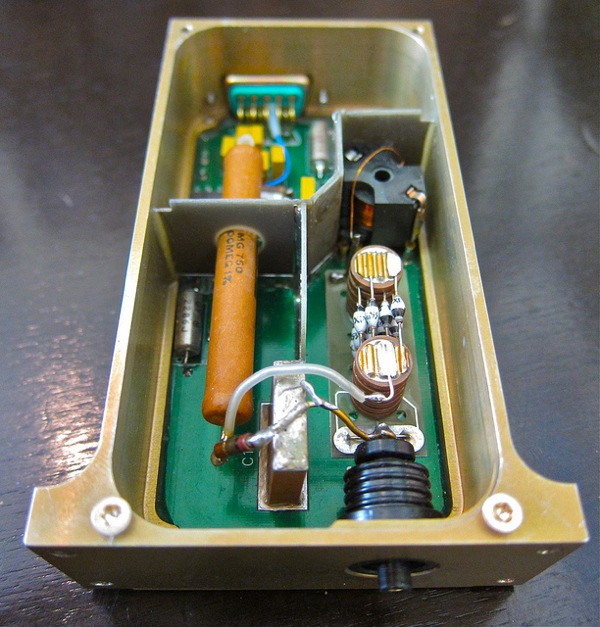 Powering the Imaging on IMAGE –

The IMAGE spacecraft was launched from Vandenberg AFB in 2000 to study the aurora borealis or “Northern Lights”. IMAGE was the first satellite mission dedicated to imaging the Earth’s magnetosphere, the region of space controlled by the Earth’s magnetic field and containing extremely tenuous plasmas of both solar and terrestrial origin. IMAGE is an acronym for Imager for Magnetopause-to-Aurora Global Exploration.

This is the high voltage power converter module for the Far-Ultraviolet (FUV) imaging instrument in the IMAGE satellite. It converts 28V to 5000V DC for the Wideband Imaging Camera (WIC). The WIC images the whole Earth and the auroral oval from satellite distances greater than 4 Earth radii to the center of the Earth. It selects the spectral range between 140 nm and 160 nm in the ultraviolet part of the optical spectrum.

Here is a good intro video on the science, and subsequent satellite missions: “What triggers the sudden, magnificent movements of the aurorae that appear around the far poles of the earth? It’s been a nagging question of space science for decades.”

Thinking Outside the Plane 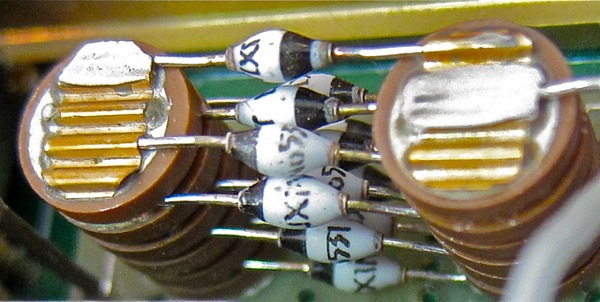 This is a Diode-Capacitor array from the IMAGE satellite 5000V power supply, a curiosity on my desk. Also known as a Cockcroft–Walton Multiplier, each diode-capacitor layer doubles the voltage in a maner that is much lighter and compact than a transformer.

We are so used to the efficiencies of planar chips and printed circuit boards that the creative use of 3D space seems like an artifact out of time.

Filed under: EE, science — by adafruit