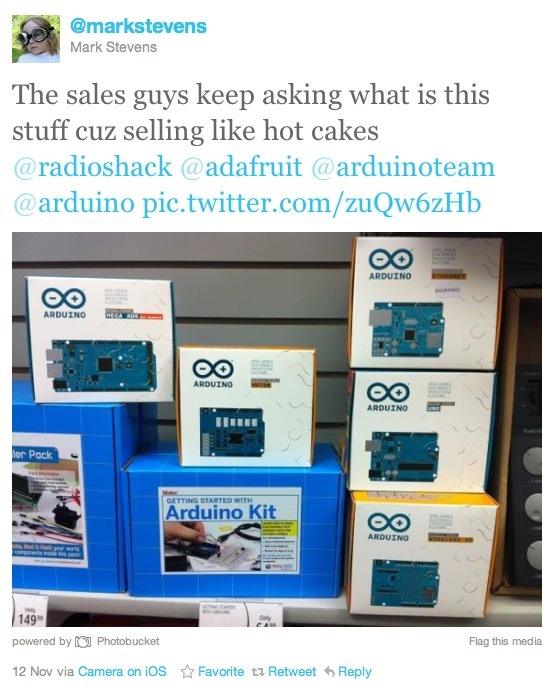 Mark is reporting brisk sales of Arduinos at RadioShacks.