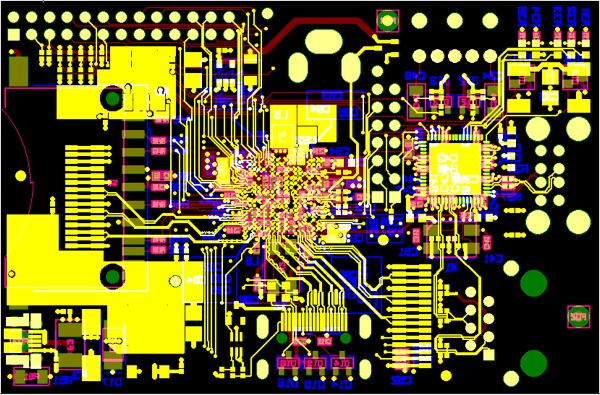 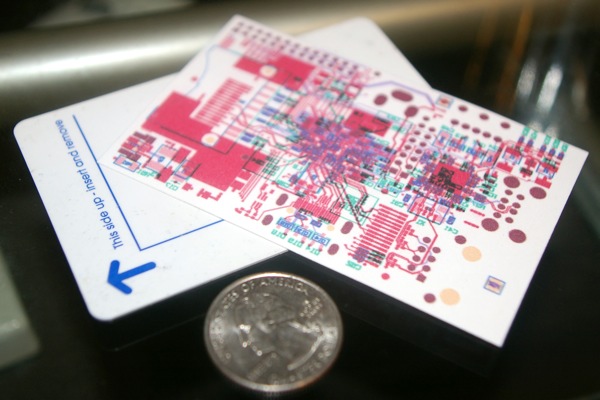 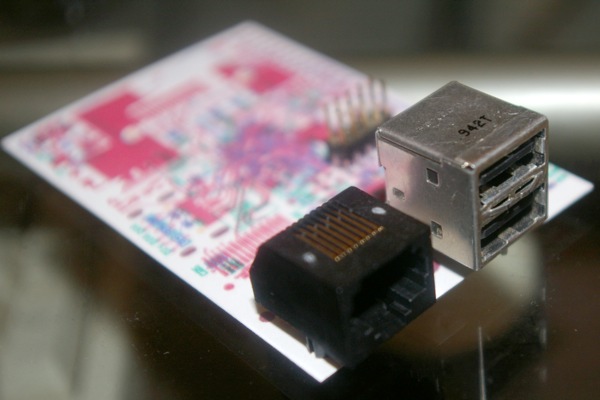 …here are the Gerbers (a visualisation of the printed circuit board or PCB) for the finalised version of the Raspberry Pi. I get several messages every day asking what it can possibly be that we are still working on: I hope you will understand on looking at this why the routing, which has to be quite spectacularly complicated to minimise expensive PCB features and to keep things tiny, took as long as it did! That snarl in the middle is the signal escape for the BCM2835, the chip at the heart of the Raspi. The elves have been working overtime.

Question for the folks who are following this project closely, is the plan for the Raspberry Pi foundation to make it open-source hardware? The project page says “An ARM GNU/Linux box for $25”. The GNU/Linux part is open source of course, but we couldn’t find anything specific for the hardware. Post up in the comments if you know, that would be really cool if it was! It looks like in the Q&A they are under NDA for some of it, so maybe it can’t be for some of it, but a lot of of it – seems possible!