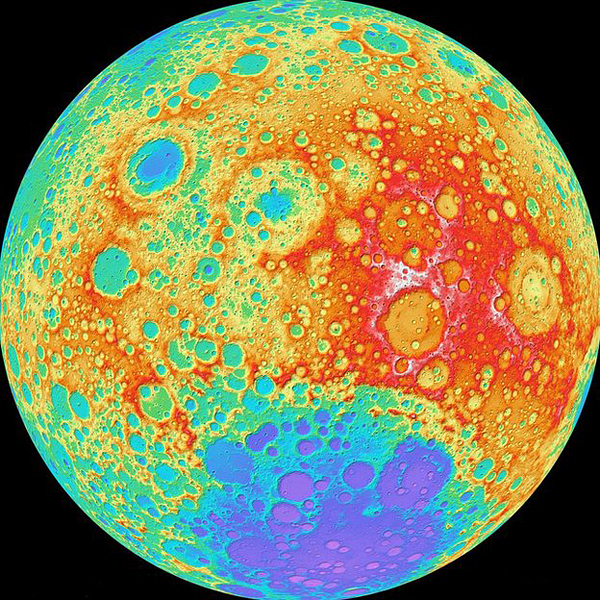 The US space agency (Nasa) has released the sharpest ever elevation map of the Moon.

It will enable scientists to accurately portray the shape of the entire Moon at a higher resolution than ever before.

The map was produced using data sent back by the Lunar Reconnaissance Orbiter (LRO) spacecraft, which was launched in June 2009.

It reveals troughs and bumps over nearly the entire Moon with a pixel scale close to 100m (328 ft).

A single measure of elevation (one pixel) on the map is roughly the size of two football pitches placed side-by-side.

“Our new topographic view of the Moon provides the dataset that lunar scientists have waited for since the Apollo era,” said Dr Mark Robinson, chief scientist on the Lunar Reconnaissance Orbiter Camera (LROC), one of LRO’s instruments.

Dr Robinson, from Arizona State University in Tempe, added: “We can now determine slopes of all major geologic terrains on the Moon at 100m scale, determine how the crust has deformed, better understand impact crater mechanics, investigate the nature of volcanic features, and better plan future robotic and human missions to the Moon.”

Filed under: photos, random — by johngineer