Louis C.K.: “The Next Steve Jobs Will Be A Woman…” @LOUISCK 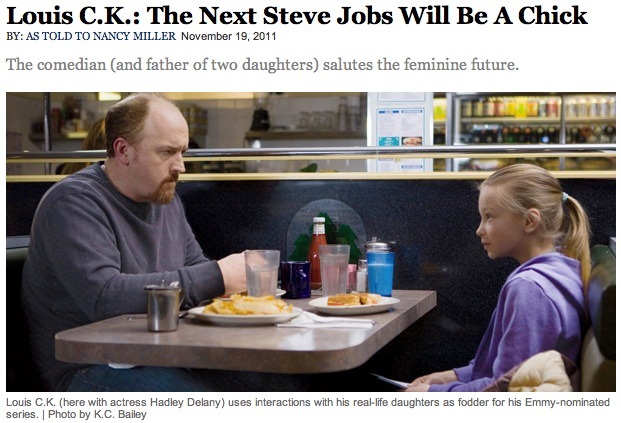 Overall, I think it’s a good time to have a girl in the 21st century because things are changing, with more opportunities for women. But girls are still the underdog, which means they’ll work harder, and everybody loves an underdog. The next Steve Jobs will totally be a chick, because girls are No. 2—and No. 2 always wins in America. Apple was a No. 2 company for years, and Apple embodies a lot of what have been defined as feminine traits: an emphasis on intuitive design, intellect, a strong sense of creativity, and that striving to always make the greatest version of something. Traditionally, men are more like Microsoft, where they’ll just make a fake version of what that chick made, then beat the sh*t out of her and try to intimidate everybody into using their product.