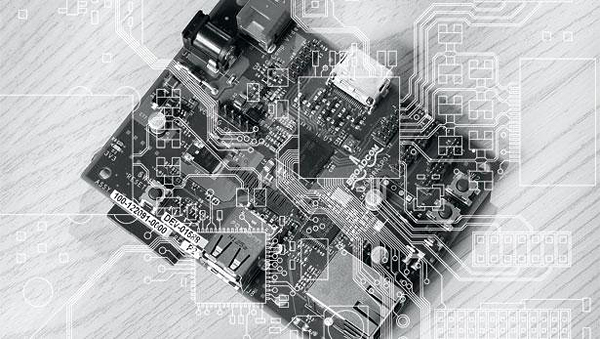 What’s Raspberry Pi trying to rekindle?
There was a real enthusiasm for electronic devices when I was a kid. It wasn’t that it was geeky – it was actually quite trendy for a short period of time. But that’s not the point. The thing is that when the focus is on the device itself, that’s one thing, but what you can do with the device is a lot more interesting. [In Raspberry Pi] you’ve got quite a powerful, very cheap device that anyone can carry around, take to school, and hopefully do interesting things with that make it seem less like it’s purely a school thing.

We do realise that it’s only going to be a subset of people that will even get engaged with it, but it’s filling a gap where there isn’t actually a place for people to get engaged at the moment. There’s a huge gulf right now between [making UGC in] Halo Forge, Rollercoaster Tycoon or LittleBigPlanet, and things at the top end like XNA where you’ve got to know your bananas to get engaged in it. For me the BBC Micro crossed that gap. Actually, the bottom bit didn’t even exist back then, but it shows that there is a will to learn ‘programming Lego’.

At the moment, on a normal machine you’ve got to know quite a lot to be able to boot Linux, fire up a compiler and get anything to compile. Just to say your own name on the screen is a challenge. Whereas on the BBC, you’d see in every shop that someone had typed, ‘So-and-so is clever,’ or ‘So-and-so smells’. Line 20, Goto 10: that almost entered the vocabulary, it’s so straightforward. It’s understandable even to someone who hasn’t done programming. It would be great if you could take that and wrap it in something where it’s easy to create something – websites, for instance – very easily. You can do it to an extent with things like Java, but it’s much harder to get into, and in terms of teaching it’s much harder as well.

So is it safe to assume there will be an analogue to BBC Basic on Raspberry Pi?
Well, we have BBC Basic. It’s not an analogue, it’s the BBC Basic. We’re just checking where we are with the rights to that. There may or may not be an issue with the magic three letters there. But the point is that BBC Basic was hand-optimized on machines that were hundreds and hundreds of times slower than this. So it’ll feel like the speed of Assembler, it’ll run like the wind. And I think that’s very exciting. A Java virtual machine is typically 80mb, often bigger still, which is ludicrous. Whereas my guess is that entirety of BBC Basic will fit easily in [Raspberry Pi’s] primary cache. And that to me, in a perverse way, is very attractive. You could write something in Basic doing fancy graphics processing but where you could look at it and it’s really obvious what it’s doing. That’s great from a teaching point of view, and from a fun point of view.

Personally, I’m still not sold on this whole Raspberry Pi project yet. That’s just my opinion, of course, and I will admit that I can see some handy uses for the kind of functionality the RP (purportedly) offers. I also understand exactly what he’s getting at with the BBC Micro analogy. For many kids in the US in the early 80’s, that role was filled by the Apple II or the Commodore 64. I certainly wish kids today could have the same experience with computers that I had with my //e when I was a kid — being able to dive right in to programming and making the machine perform tasks I thought up myself, rather than just choosing from a menu of pre-ordained tasks someone else has decided to offer to me.

I still wonder, however, just how open (as in hardware) the platform will be. He throws down a somewhat vague gauntlet of sorts here (emphasis mine):

Is the lack of a case a deliberate aesthetic choice?
Yes. It’s a practical thing as well, because this is a developer board – it’s not a consumer device. The plan is to do that next year. But yes, in a sense it’s embracing our roots as well. It’s not being ashamed of what we’re doing, and trying to make things look nice and antiseptic. Which we may do down the line, but that [would be aimed at] a different group of people. I suspect that a lot of Edge readers would go, ‘Oh, that’s cool. You can see exactly what’s on the board.’ The sort of people who do take the lid off their computer and see what’s inside. So I think there’s no shame in what’s there.