The Strange Birth and Long Life of Unix 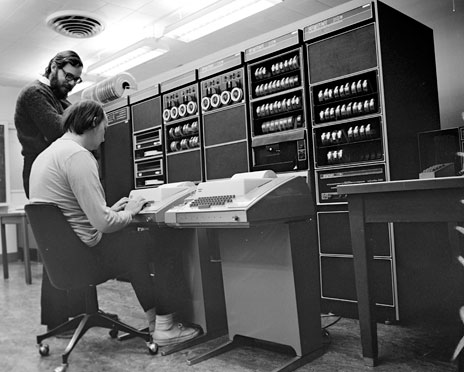 Warren Toomey has written a wonderful little history of the development of Unix. From IEEE Spectrum:

They say that when one door closes on you, another opens. People generally offer this bit of wisdom just to lend some solace after a misfortune. But sometimes it’s actually true. It certainly was for Ken Thompson and the late Dennis Ritchie, two of the greats of 20th-century information technology, when they created the Unix operating system, now considered one of the most inspiring and influential pieces of software ever written.

A door had slammed shut for Thompson and Ritchie in March of 1969, when their employer, the American Telephone & Telegraph Co., withdrew from a collaborative project with the Massachusetts Institute of Technology and General Electric to create an interactive time-sharing system called Multics, which stood for “Multiplexed Information and Computing Service.” Time-sharing, a technique that lets multiple people use a single computer simultaneously, had been invented only a decade earlier. Multics was to combine time-sharing with other technological advances of the era, allowing users to phone a computer from remote terminals and then read e-mail, edit documents, run calculations, and so forth. It was to be a great leap forward from the way computers were mostly being used, with people tediously preparing and submitting batch jobs on punch cards to be run one by one.

These guys were fighting for the users before it was cool, and you gotta love the use of a suburban dead drop to distribute an operating system. +1 espionage Ken Thompson!

Read the whole thing — you’ll be glad you did!