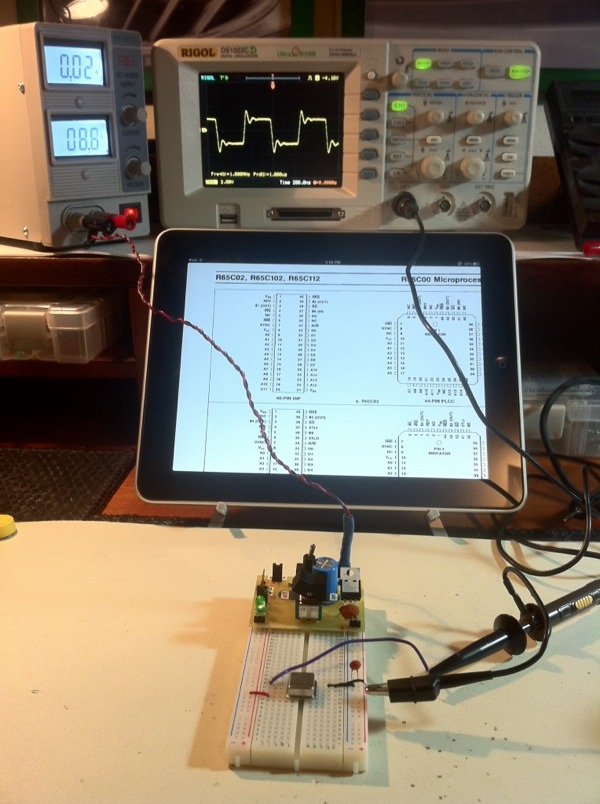 Veronica @ blondihacks, we are loving her site!

Now for something a little different. I was first exposed to computers back in the late 1970s and early 1980s. Suffice it to say, placing my hands on the keyboard of an Apple //+ was a watershed moment which pretty much set the course of my life from that point on. The heart of the Apple // was the 6502 microprocessor. I learned to program on that chip, along with millions of other people. It was the chip that brought computers and video games to hundreds of millions of homes and schools, and I think it’s safe to say that it sparked a revolution. The world was ready for personal computers, but all the contemporary CPU offerings (notably from Intel, AMD, and TI) were very expensive. The 6502 offered all the power of the others, for 1/10th of the price. You could find 6502s in the entire Apple // line (except the GS), the Commodore 64, the Vic-20, the Atari computers (except the ST), the BBC Micro & Acorn, the Atari 2600, the Nintendo Entertainment System, and many others. If you used a personal computer or played a videogame in the 1970s, 1980s, or early 1990s, there’s a very good chance it had a 6502 in it. It was arguably the first RISC chip, and the first to do pipelining. It has a clean, elegant instruction set and gets much more done with a clock cycle than anything else of the era.

Comments Off on Veronica @ blondihacks