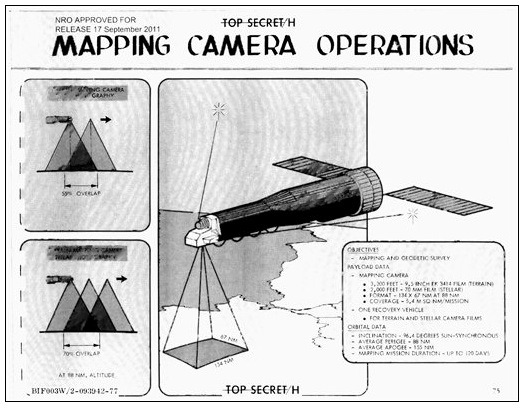 It was dubbed “Big Bird” and it was considered the most successful space spy satellite program of the Cold War era. From 1971 to 1986 a total of 20 satellites were launched, each containing 60 miles of film and sophisticated cameras that orbited the earth snapping vast, panoramic photographs of the Soviet Union, China and other potential foes. The film was shot back through the earth’s atmosphere in buckets that parachuted over the Pacific Ocean, where C-130 Air Force planes snagged them with grappling hooks.

He describes the white-hot excitement as teams pored over hand-drawings and worked on endless technical problems, using “slide-rules and advanced degrees” (there were no computers), knowing they were part of such a complicated space project.