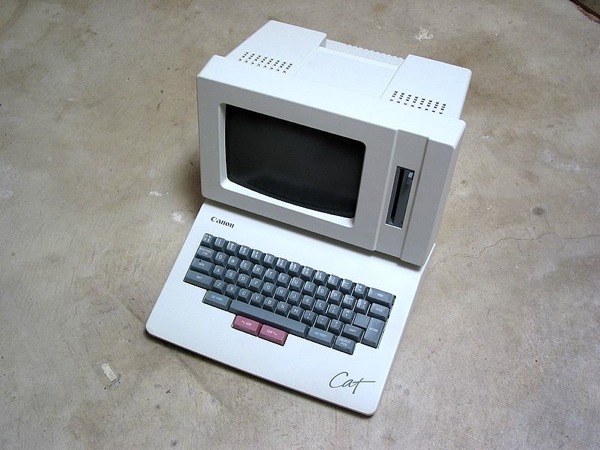 The Canon Cat was a task-dedicated, desktop computer released by Canon Inc. in 1987 at a price of $1495 USD. On the surface it was not unlike the dedicated word processors popular in the late 1970s to early 1980s, but it was far more powerful and incorporated many unique ideas for data manipulation.

The Cat was primarily the brainchild of Jef Raskin, originator of the Macintosh project at Apple in 1979. It featured a text user interface, not making use of any mouse, icons, or graphics. All data was seen as a long “stream” of text broken into several pages. Instead of using a traditional command line interface or menu system, the Cat made use of its special keyboard, with commands being activated by holding down a “Use Front” key and pressing another key. The Cat also used special “Leap keys” which, when held down, allowed the user to incrementally search for strings of characters.