30th Anniversary of the Commodore 64! 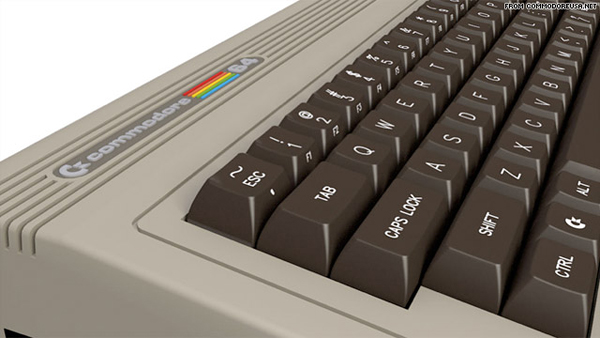 Happy Birthday C64! Introduced 30 years ago this month at the 1982 Consumer Electronics Show! From HLNTV:

Would you pay $1,400 for a computer with less than one megabyte of memory?

Oh yes, you would.

The classic machine is celebrating its 30th birthday this week. It was first introduced at the 1982 Consumer Electronics Show in Las Vegas.

And while those quaint specs seem flimsy now — those 36 kb are the equivalent of 1/10th of a typical MP3, so basically the whole machine could store the first 40 seconds of the 1982 Survivor smash hit “Eye of the Tiger” — they were revolutionary and a relative bargain back in ’82. And the Commodore 64 even displayed color graphics!

During its mid-1980s peak, the PC sold 2.5 million units a year and generated a lifetime of passion and loyalty from many of its users, many of whom are now dropping nostalgic tweets.

Awesome on-board hardware like the VIC-II graphics chip and the SID audio synthesis chip ensured that the C64 would remain a popular platform in the demoscene. The list of C64 demos is enormous, and it grows regularly.