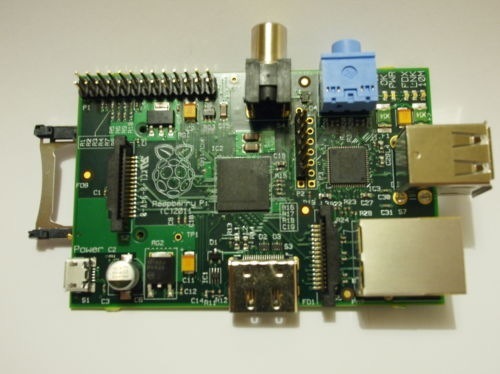 Raspberry Pi manufacturing update. Looks like there should be some in early 2012 – It doesn’t appear possible to make them anywhere but China and to meet their $25 price point…

… Simply put, if we build the Raspberry Pi in Britain, we have to pay a lot more tax. If a British company imports components, it has to pay tax on those (and most components are not made in the UK). If, however, a completed device is made abroad and imported into the UK – with all of those components soldered onto it – it does not attract any import duty at all. This means that it’s really, really tax inefficient for an electronics company to do its manufacturing in Britain, and it’s one of the reasons that so much of our manufacturing goes overseas. Right now, the way things stand means that a company doing its manufacturing abroad, depriving the UK economy, gets a tax break. It’s an absolutely mad way for the Inland Revenue to be running things, and it’s an issue we’ve taken up with the Department for Business, Innovation and Skills.