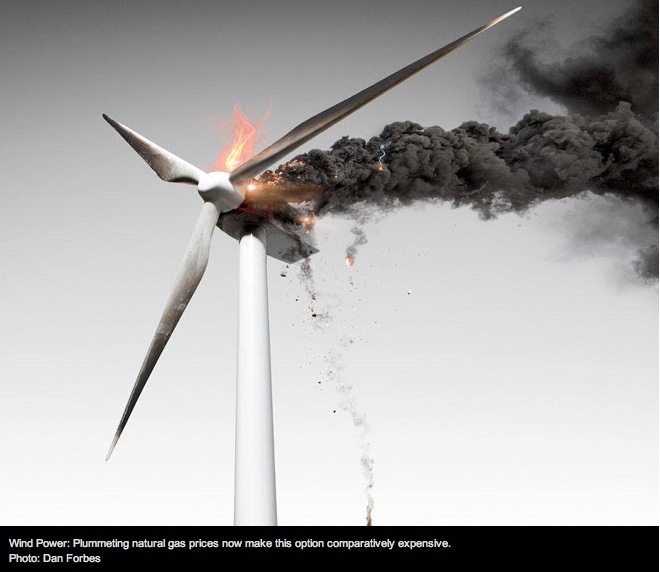 In 2005, VC investment in clean tech measured in the hundreds of millions of dollars. The following year, it ballooned to $1.75 billion, according to the National Venture Capital Association. By 2008, the year after Doerr’s speech, it had leaped to $4.1 billion. And the federal government followed. Through a mix of loans, subsidies, and tax breaks, it directed roughly $44.5 billion into the sector between late 2009 and late 2011. Avarice, altruism, and policy had aligned to fuel a spectacular boom.
‘
Anyone who has heard the name Solyndra knows how this all panned out. Due to a confluence of factors—including fluctuating silicon prices, newly cheap natural gas, the 2008 financial crisis, China’s ascendant solar industry, and certain technological realities—the clean-tech bubble has burst, leaving us with a traditional energy infrastructure still overwhelmingly reliant on fossil fuels. The fallout has hit almost every niche in the clean-tech sector—wind, biofuels, electric cars, and fuel cells—but none more dramatically than solar.

Filed under: solar — by adafruit