Musings on the Future of Drone Technology 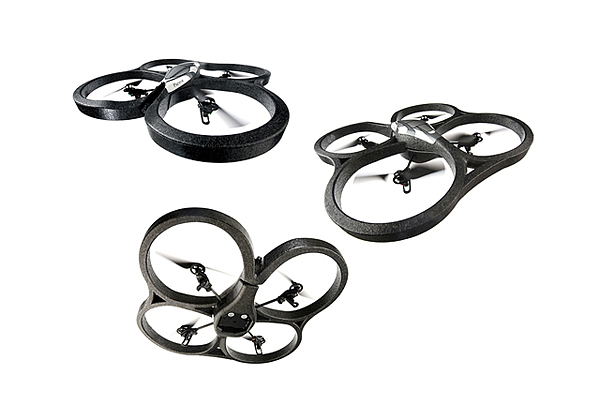 (pictured above, the Parrot AR Drone)

By now, you’ve probably seen this article that Phil wrote over on MAKE about how to save the Post Office — one suggestion was that drone aircraft could be used to pick-up and deliver the mail. Though I personally don’t think it will save the Postal Service (assuming the tech existed, it could not be implemented quickly enough at this point), I still thought it was a pretty cool idea. It got me started thinking about these drone things and what they could be used for, so I made up a short list of ideas.

It is by no means exhaustive, and there are several advancements in the technology which would have to occur before the ideas can become reality, but the fun of dreaming about the future is looking passed the limitations of now. A lot of people talk about how drones will revolutionize warfare and surveillance — while definitely true, that’s not really my thing, so I decided instead to focus mostly on public health and safety. This is a partial list, but you can read the whole thing on my blog.

In the future, drones will…

… direct traffic: There is an accident or fuel spill or something on a highway. The police car rolls up: now the officer has to investigate the situation _and_ control/avoid the traffic at the same time, or wait for a second officer to show up. In the future, a drone — launched from the roof of a police car or emergency vehicle and equipped with a suspended blinky sign — will hover in place keeping traffic a safe distance away. The message on the sign will be remotely controlled by the officer (who can update it in real time) and it will tell you what’s going on: “keep to the left” or “slow down, accident ahead” or “oil on roadway: proceed with caution”, etc. They could also provide temporary traffic signals in the case of a power outage, where the regular stoplights might cease to function.

… help firefighters working structure fires: Drones will go airborne and scope out a burning building from above, allowing a bird’s eye view of the fire and helping track how it spreads. A camera (possibly IR) feed relayed to the ground will be useful in detecting an impending roof collapse or locating trapped survivors that the firefighters on the ground cannot see. These drones might also carry grappling hook ropes into position, to aid in either pulling a building down or providing an escape route. In addition, they will…

… be equipped with powerful lights. This can be used in emergency situations for lighting large, outdoor areas quickly. It can also be used by filmmakers and photographers to provide high-angle focused or diffused light sources. I can’t tell you how many shoots I’ve done where I wished for an easily positioned (and controllable) overhead light.

… transport clean water: one of the biggest problems in developing countries is the lack of fresh, clean water. Contaminated or dirty water causes all sorts of diseases, including dysentery, but often sources of clean water are a day’s walk away or more. Sometimes pipelines are not an option either, due to geography or other barriers. Water-bearing drones (“aquarians”) can be used to carry water from the clean sources to the people who need it.

… chase away birds at airports: birds getting sucked into jet engines poses a serious safety risk, particularly on takeoff and landing. This problem is currently dealt with by using decoys or actively hunting the birds. A squadron of drones could be useful flying around in pseudo-random low-level patterns and generally creating an unfriendly environment for the birds.