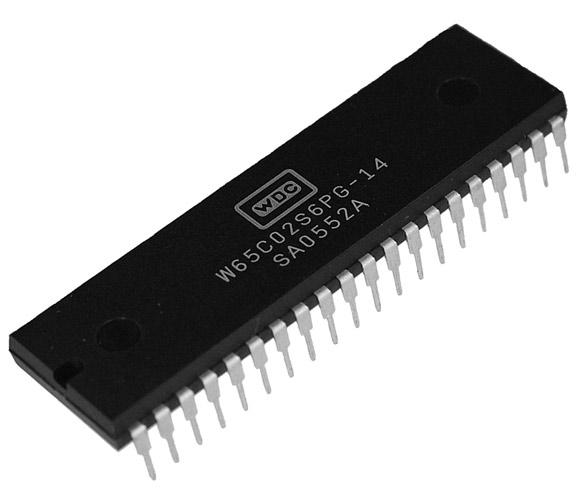 Interesting news for chiptune and 8-bit folks — the 6502 is back! From h-online:

The 6502 processor from the 1970s is alive once again – and as a proper 40-pin chip in a dual in-line package (DIP) housing, not just as an embedded core. Mouser Electronics has added the 8-bit classic, since modernised by WDC(Western Design Center), to its product range, making it available in the UK for £4.90.

Apparently, the W65C02S6TPG-14 – its current name – is pin and software compatible with its grandfather, a 1975 drawing board design by Bill Mensch and Chuck Peddle that was later used in the early Apple and Commodore computers as well as the UK’s own BBC Micro. Like other members of the 6502 family, the W65C02S6TPG-14 offers an extended set of instructions and a clock speed of up to 14 MHz (instead of the original 1 MHz). Incidentally, WDC also offers a “virtual” version of the 65C02: an IP core designed for field-programmable gate arrays (FPGAs).

It’s currently selling at Mouser US for $7, which sounds a bit steep for a 30+ year old 8-bit micro design, but I have no idea what the production volume is.