Resurrecting or Updating Old Chips: Which Ones Would You Choose? 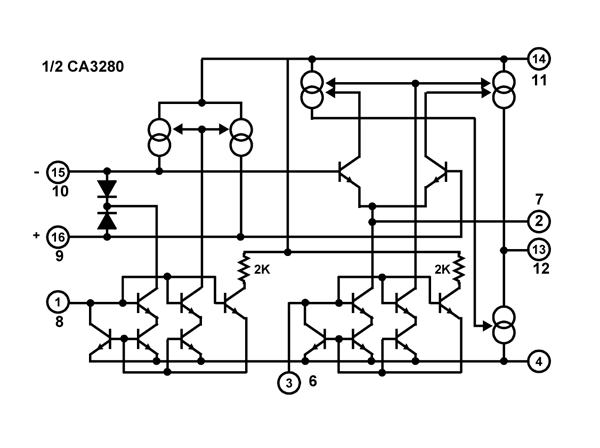 The recent discussion about the “new” 6502 from WDC got me thinking about other old and/or unavailable chips that could use a re-introduction, or perhaps just a process facelift. This post is mainly to solicit reactions and suggestions from viewers like you, but I’ll provide my own example too.

Having recently gotten back in to analog synth design after a long hiatus, I was rather shocked to discover that OTAs (operational transconductance amplifiers) suited to such work are few and far between. With the exception of the NE5517 and the LM13600/13700, there are no other audio OTAs currently in production. TI (via BurrBrown) manufactures other OTA devices, such as the OPA860/861, but these are optimized for high-speed analog (RF and transmission line) and they are rather expensive. For many synthesizers, the OTA forms the heart of nearly every voltage-controlled module and using them greatly simplifies the process vs. building with discrete components (such as a Moog ladder). The best OTA for audio was probably the CA3280, which is sadly no longer in production, due to the process becoming obsolete, among other factors. This 2005 blog post by Don Tillman, which explains the whole problem perfectly, was part of the inspiration for this blog post, and I’m going to throw in with Don and humbly request that someone please update the CA3280 to the latest fab, give it 21st-century specs, and bring it back into production.

If the 3280 is a no-go, for whatever reason, then my second choice would be an update of the LM13700 (originally from National). The LM13700, which was designed by Don Sauer, is currently available from both National and NJR, but it’s got its problems. It’s somewhat noisy, for one. It also has an output offset current which scales with the transconductance (a problem when building integrators), and the buffer is just a simple darlington pair. It would be great (read: totally awesome!) if someone were to update the chip to a BiCMOS process, while changing the design to drop the noise floor and increase the dynamic range, reduce the output offset current and replace the darlingtons with FET-input opamps. This might sound like a very involved request, but the expertise is already there to do it — analog devices have come a long way in 30+ years, and the basic design of the 13700 is not very complex, compared to modern opamps.

In case you’re wondering what incentive there is for somebody to do this, I submit that, compared to when I was doing it 10+ years ago, there’s A LOT more information out there now about DIY synths, and the increase in homebuilt synth projects has paralleled the increase in DIY ‘tronix in general. There’s definitely a willing (and growing) market for these things, and with a chip redesign they could certainly charge more per chip. There’s also a resurgence in analog electronic music in general right now, which means these new chips may find their way into commercial products as well.

So anyway, that’s my request. I suspect there are lots of different opinions on the subject, however. If you have a chip you’d like to see resurrected and brought back into production, or just updated to modern spec, post it in the comments! Try to include some info with your suggestion, and reasons why you think such an update would be successful.