The democratization of hardware by @margeryc 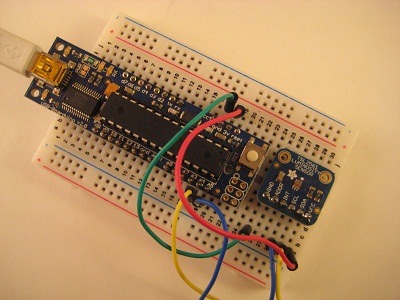 The democratization of hardware @ PowerSource | Blog on EDN.

Adafruit got into the parts/kit business with its detailed tutorials that include step-by-step instructions and photographs to lead newbies through the basics of Ohm’s Law and soldering, and on to programming the open-source hardware Arduino platform. Unlike traditional electronic distributors that rely on application engineers, the site effectively crowdsources its application engineering support through its forums and FAQ pages on the kits and parts. This reliance on the knowledge of the site’s fans is part of a well-thought-out business plan: Adafruit’s founder, Limor Fried, detailed the company philosophy in, “15 steps to starting your own electronic-kit business.”

Individual parts offered by Adafruit benefit from its excellent documentation and  tutorials. Speaking from personal experience, a couple of years ago I bought a TLS2561 light-to-digital converter from TAOS Semiconductor (now part of austriamicrosystems.) It seemed like a handy component to have in getting a quick, objective measurement of LEDs. However, although documentation existed for the part, its outputs were hard to interpret and it was not easy to hook it up to a computer for datalogging. I quickly gave up and forgot about it.

Then, last summer Adafruit introduced the a new product, aTLS2561 premounted on a small pc board with a couple of chip resistors and some headers, with a tutorial as well as a software library for the open-source Arduino platform. As theAdafruit tutorial says, “To use this sensor and calculate Lux, there’s a lot of very hairy and unpleasant math. You can check out the math in the datasheet but really, it’s not intuitive or educational – it’s just how the sensor works. So we took care of all the math and wrapped it up into a nice Arduino library.”

My sentiments exactly – I just wanted to start using the sensor. It worked great. (See photo, which shows a boarduino, a slimmed-down version of the arduino.) Adafruit was able to take a part that sells competitively for about $2 each, add a couple of passive components, and a well thought-out online tutorial, and sell it for $12. And it was worth every penny of it to me.

Digi-Key had a similar start back in 1972, selling its “Digi-Keyer Kit” to ham radio enthusiasts and today it’s a $1B company. History could repeat itself with a whole new generation of parts and kits providers.

We are angry, frustrated, and in pain because of the violence and murder of Black people by the police because of racism. We are in the fight AGAINST RACISM. George Floyd was murdered, his life stolen. The Adafruit teams have specific actions we’ve done, are doing, and will do together as a company and culture. We are asking the Adafruit community to get involved and share what you are doing. The Adafruit teams will not settle for a hash tag, a Tweet, or an icon change. We will work on real change, and that requires real action and real work together. That is what we will do each day, each month, each year – we will hold ourselves accountable and publish our collective efforts, partnerships, activism, donations, openly and publicly. Updates to this page will happen frequently. Our blog and social media platforms will be utilized in actionable ways. Specific actions each week noted and shared as part of our all-company “State of the Fruit” notes and all-company meeting. Join us and the anti-racist efforts working to end police brutality, reform the criminal justice system, and dismantle the many other forms of systemic racism at work in this country adafruit.com/blacklivesmatter

Comments Off on The democratization of hardware by @margeryc