The latest batch of embroidered skill badges are in. 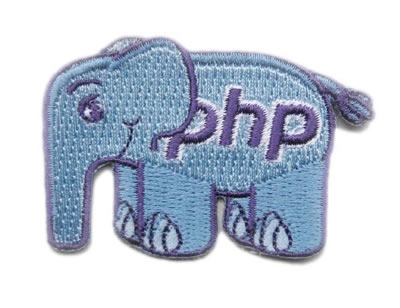 PHP skill badge. You learned PHP! PHP is a widely-used general-purpose scripting language that is especially suited for Web development and can be embedded into HTML. One of most requested new badge for us to add was one for PHP. So we talked wth Vincent who designed the very cute PHP elephant and we now have permission to make these! The elePHPant created by Vincent PONTIER – www.elroubio.net Adafruit has permission directly from Vincent to make this wonderful badge! Read more about PHP here. 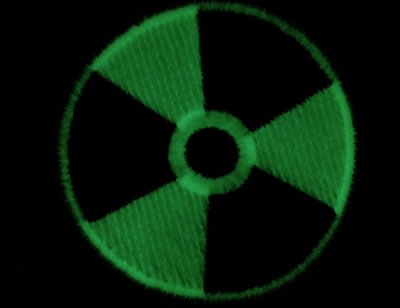 Glow-in-the-dark “Radiation” Skill badge. You learned about radiation and radioactivity! This is a special badge that took us a long time to find the best glow and the dark thread, within seconds it “charges up” and then it glows. A perfect companion for the kid who built their Geiger Counter Kit. 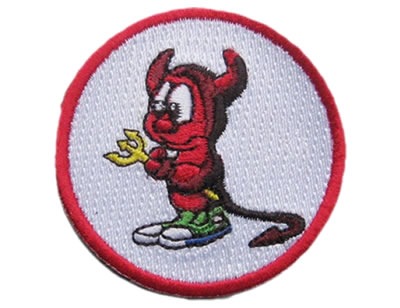 BSD Daemon – Skill badge. You’re using, learning or sharing one of the best operating systems in the world, BSD! The BSD daemon, nicknamed Beastie, is the generic mascot of BSD operating systems. The BSD daemon is named after a software daemon, a computer program found on Unix-like operating systems, which through a play on words takes the cartoon shape of a mythical demon. The BSD daemon’s nickname Beastie is a slurred phonetic pronunciation of BSD. Beastie customarily carries a trident to symbolize a software daemon’s forking of processes. The FreeBSD web site has noted Evi Nemeth’s 1988 remarks about cultural-historical daemons in the Unix System Administration Handbook: “The ancient Greeks’ concept of a ‘personal daemon’ was similar to the modern concept of a ‘guardian angel’ …As a rule, UNIX systems seem to be infested with both daemons and demons – Wikipedia. The copyright of the official BSD daemon images is held by Marshall Kirk McKusick the BSD Daemon used with permission. Adafruit has permission directly from Kirk to make this wonderful badge! 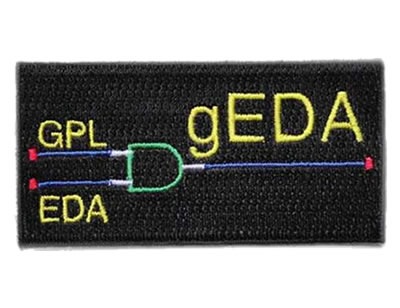 gEDA – Skill badge. You are learning the open source electronic design tool, gEDA! Badge created with permission by gEDA. The gEDA project has produced and continues working on a full GPL’d suite and toolkit of Electronic Design Automation tools. These tools are used for electrical circuit design, schematic capture, simulation, prototyping, and production. Currently, the gEDA project offers a mature suite of free software applications for electronics design, including schematic capture, attribute management, bill of materials (BOM) generation, netlisting into over 20 netlist formats, analog and digital simulation, and printed circuit board (PCB) layout. The gEDA project was started because of the lack of free EDA tools for POSIX systems with the primary purpose of advancing the state of free hardware or open source hardware. The suite is mainly being developed on the GNU/Linux platform with some development effort going into making sure the tools run on other platforms as well. Visit gEDA. 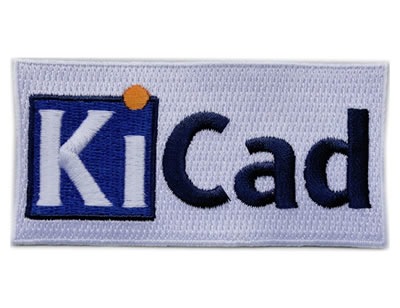 KiCad skill badge. You’re learning to design electronics using the open-source KiCad EDA suite of tools! The KiCad EDA Suite project aims at creating a portable, cross-platform, Free/Libre/Open-Source EDA Suite. That is capable of schematic and printed circuit board design. The code is licensed under the terms of the GNU GPL. Badge created with permission by the KiCad team. KiCad is an open source software suite for electronic design automation (EDA). It facilitates the design of schematics for electronic circuits and their conversion to PCBs (printed circuit board) design. KiCad was developed by Jean-Pierre Charras, and features an integrated environment for schematic capture and PCB layout design. Tools exist within the package to create a bill of materials, artwork and Gerber files, and 3D views of the PCB and its components. Visit KiCad.