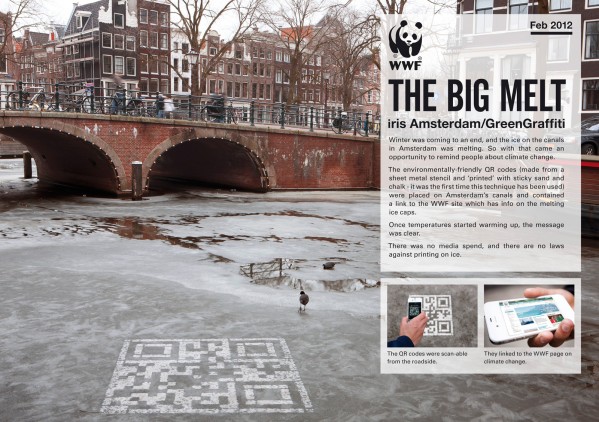 In early 2012, ice on the Amsterdam canals began breaking up and melting. This presented us with a unique opportunity to raise awareness on the issue of climate change in a way that hadn’t been done before. In prime spots around the city, QR codes were transferred onto the ice which had a link to the WWF Netherlands site and instantly put the issue of climate change in people’s hands. And once the ice started to melt, it was a natural ‘demonstration’ of this problem. There was no media spend, and there are no laws against printing on ice.

Filed under: random — by Becky Stern

Comments Off on Icy QR code