Doing Biotech in My Bedroom 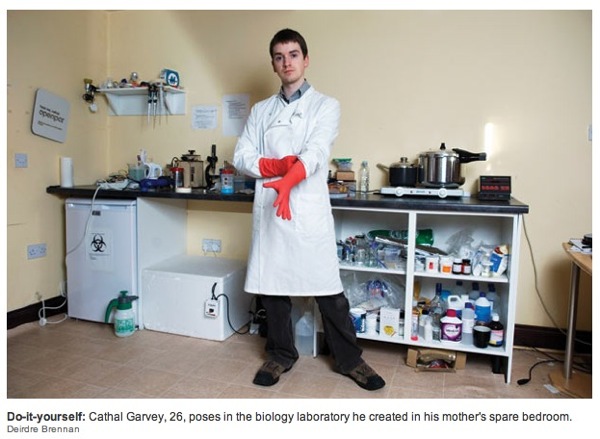 A new generation of biologists embraces the do-it-yourself ethic of computer programming. In a spare bedroom of his family’s house in County Cork, Ireland, Cathal Garvey is repeating the feats that led to the dawn of the biotechnology age. He’s growing bacteria. He’s adding DNA. He’s seeing what happens.

“To transform bacteria was once a huge deal, a new method,” he explains. “Today, you can do it with Epsom salt and an over-the-counter brand of laxatives.”

Garvey, who is 26, dropped out of a PhD program at a big cancer lab two years ago. Instead of giving up on science, however, he started doing it on his own, spending $4,000 to equip a laboratory in his parent’s house. As a member of the “do-it-yourself” biology movement, Garvey takes inspiration from the early days of hobby computers, when garage tinkerers spawned companies like Apple and the rest of the PC industry. The idea now is that anyone—not only big-budget academic labs or large companies—should be able to practice biotechnology.

Garvey was still working toward his PhD when he tried his first at-home experiment: isolating pale-blue bioluminescent bacteria from squid he purchased from a Cork fishmonger. It was a beginner’s experiment, but he says he immediately realized he had a choice to make: “Would I finish and get a few letters after my name, or seize the day and do something that needed to be done?”

His goal, he says, is to show that biology can be done in an open-source fashion, and on a shoestring budget. Instead of beakers, he uses recycled jars. A sterilizer is rigged from a pressure cooker and a hot plate. To feed his germs, he boils potatoes into a starchy mix. “In a university you are trained to think that this is all too expensive and difficult to do on your own,” he says. 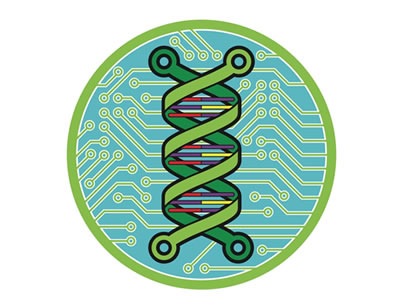 By popular request, we’ve added a bio-hacking category to the Adafruit blog.

Filed under: biohacking, science — by adafruit