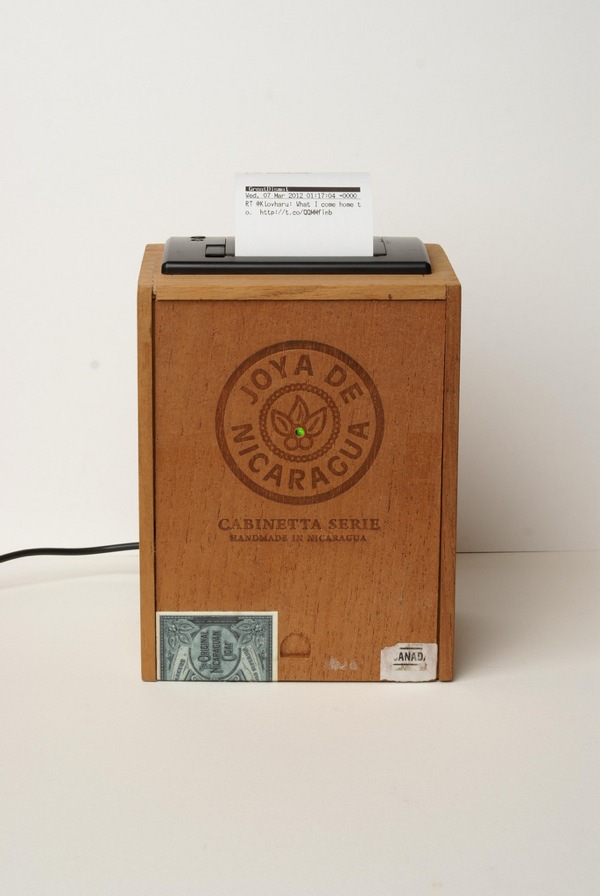 Wanted to put the thermal printer in something, to keep it from flopping around, and noticed this cigar box. Which was the perfect size. And then I thought, hey, why not throw an ethernet arduino in there too, and make it like one of these? So now I basically have this. Right now it’s printing William Gibson’s tweets until I figure out how to get ISS pass data to it. 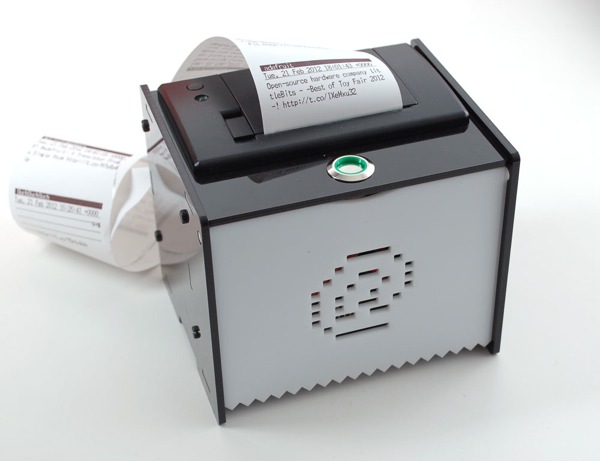 NEW PRODUCT – Adafruit IoT Printer Project Pack “Internet of Things” printer. Build an “Internet of Things” connected mini printer that will do your bidding! This is a fun weekend project that comes with a beautiful laser cut case. Once assembled, the little printer connects to Ethernet to get Internet data for printing onto 2 1/4″ wide receipt paper. The example sketch we’ve written will connect to Twitter’s search API and retrieve and print tweets according to your requests: you can have it print out tweets from a person, a hashtag, mentioning a word, etc! Once you’ve gotten that working, you can of course easily adapt our sketch to customize the printer.

The project is not very difficult but does require some light soldering, so you’ll want to have a little experience with a soldering iron. You’ll also need a small flathead screwdriver to assemble the box. It’s also best if you’ve had a little Arduino experience so you can feel comfortable downloading the IDE and uploading our example sketch. 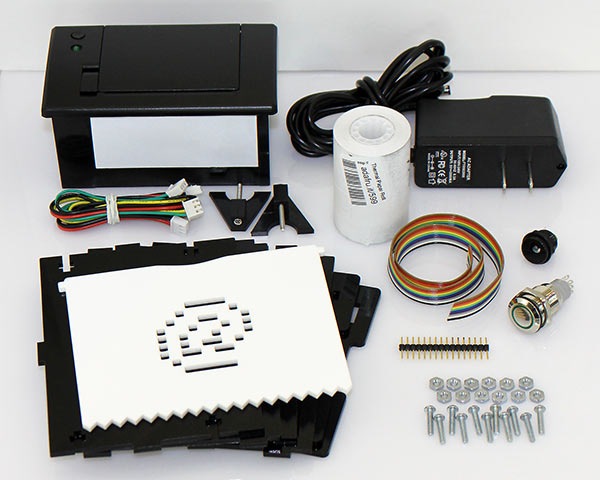 Before purchasing, please check out the full tutorial with images, code, etc!

In stock and tweeting now!