While working on projects using the RGB LCD shield, I’m finding it handy to see different character / color combinations on the screen.  I’ve written a sketch that allows me to page through all the available characters using the left and right buttons and all available backlight colors using the up and down buttons (this also works with the negative version of the RGB LCD shield). 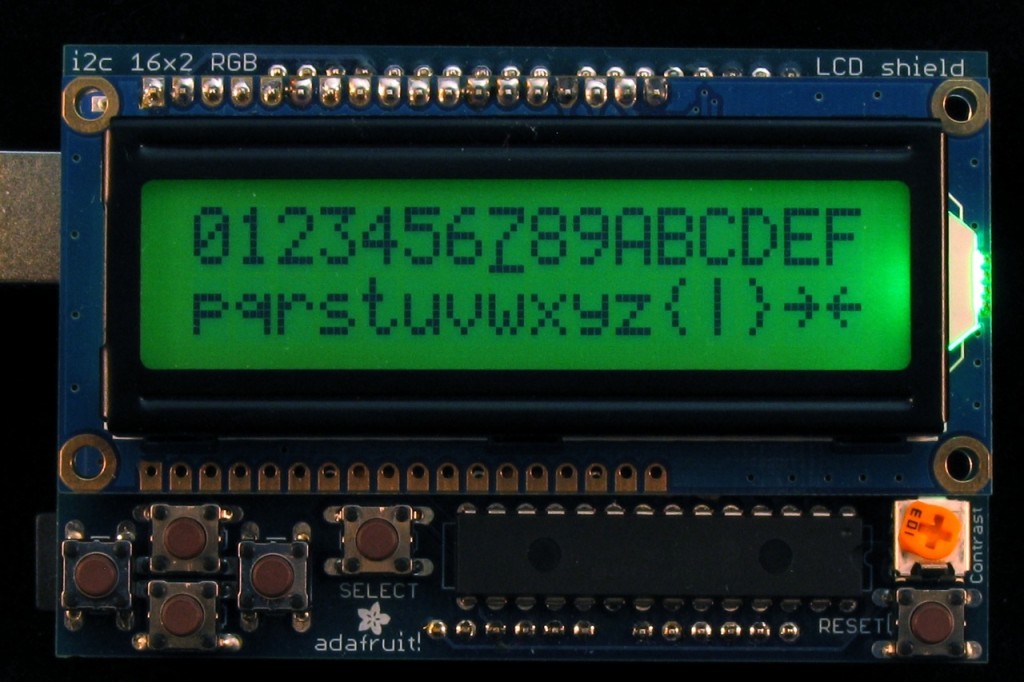 There are a few areas in the code worth calling out.  The first is the function that treats a button press and release as a single click.  The shield library provides readButtons(), which is a handy function for reading the current state of the buttons.  You can detect clicks by calling readButtons() at regular intervals and performing some bitwise operations on the results.  The first step is performing a bitwise XOR (exclusive OR) on two consecutive reads to get a bitmask value showing which buttons changed state:

Which can be represented in code as follows:

The second interesting section is the underlining of the selected column.  This is implemented by manipulating the cursor settings as the last step when drawing the screen:

Full source is available on github.

Filed under: arduino, leds-lcds — by Dan