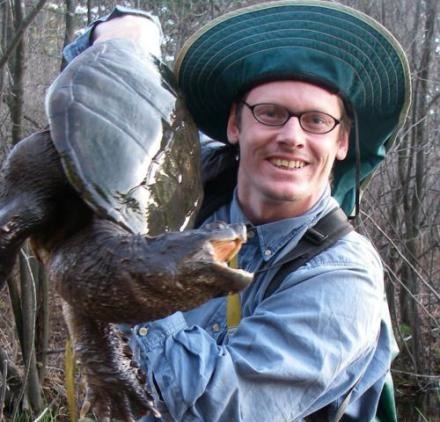 MIT’s 3D printing technology ended up being licensed by a couple of high-tech entrepreneurs who named their start-up Z Corporation. Before long, Anderson was working there. CEO Marina Hatsopoulos says he was instrumental in building the prototype 3D printer. Hatsopoulos noticed that, even though Anderson rented a room to live in, he often slept at the Z Corp offices.

“I thought he was crazy,” she says. “I mean, I just thought he was such a nut. And the more I learned about him, the more I realized it’s not for show. It’s, like, who he is. When we started, I actually thought he just needed some structure in his life and that he could turn into a normal person. That was just all wrong. He’s not meant to be a corporate guy. And so, it took me a couple of years to really appreciate how he is and that he’s just very eccentric and that’s what makes him so unique.”

In 2005 the Z Corporation was acquired for millions of dollars and Anderson came into some big money. These days he lives in the Bay Area. But — even with his financial windfall — he’s still not very into nesting. He doesn’t seem to put much value on where he sleeps.