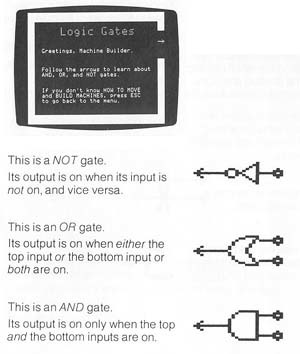 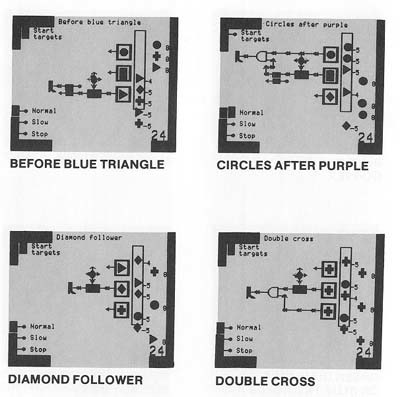 Rocky’s Boots is an electronic construction set. In the program, Rocky, a boot-wearing raccoon, teaches children to build animated logic machines. Users build arbitrary logic circuits and use them to program robots in the context of an adventure game. The object of this game is to score points by making a machine to kick object targets out of a trough. The machines are composed of circuit parts that direct the flow of electricity. They are built by moving the cursor around the screen, picking up parts and hooking them together. The object targets vary in shape and color and the player must connect logic gates in such a matter that only the objects of a desired shape or color are kicked when they pass through sensors.