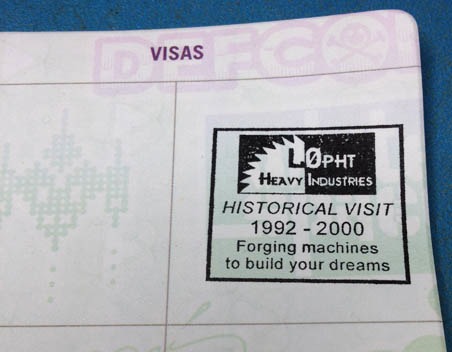 The L0pht was not the first hacker space, in fact at the time of its creation in Boston there were at least two other such spaces, Sinister House and Messiah Village, which later moved and became New Hack City, or simply New Hack. L0pht wasn’t even the cause of the recent explosion of hacker spaces across the globe. I like to think that as an early trail blazer L0pht had at least some influence in that explosion but I have no evidence to support it.

A few years ago I read about the Hacker Space Passport which I thought was a really cool idea except that my, and most peoples, do-it-yourself craft abilities are mostly sub optimal meaning that if I attempted to construct the Hacker Space Passport it would look like total crap. So I promptly forgot about it and went along with my day. But the idea was still sound, as you visit different Hacker Spaces or cons you would get a stamp in your Passport verifying your visit and giving you a sort of memento of your stay. Almost exactly like a real passport without the freedom grope, personal questions, and suspicious looks. 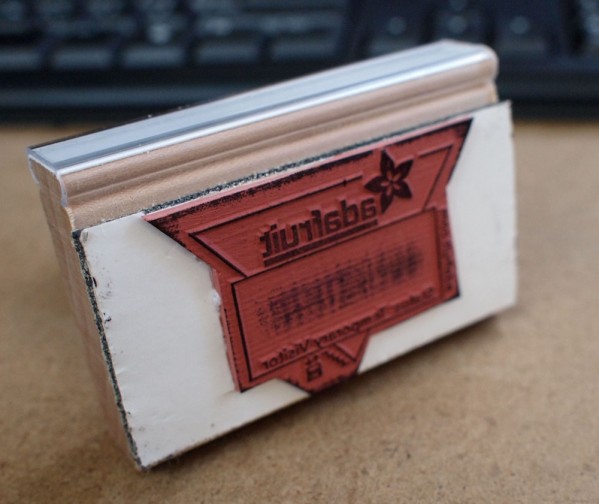 We made a tutorial for laser-cutting your own rubber stamp! Stampy-stamp your hackerspace’s visitors’ hackerspace passports with your original design. We made a template to get you started, which you can download from Thingiverse. 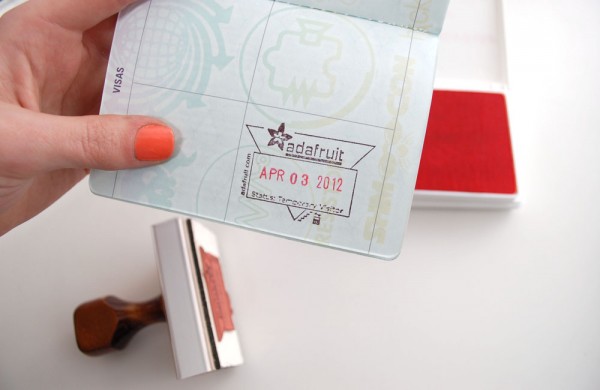 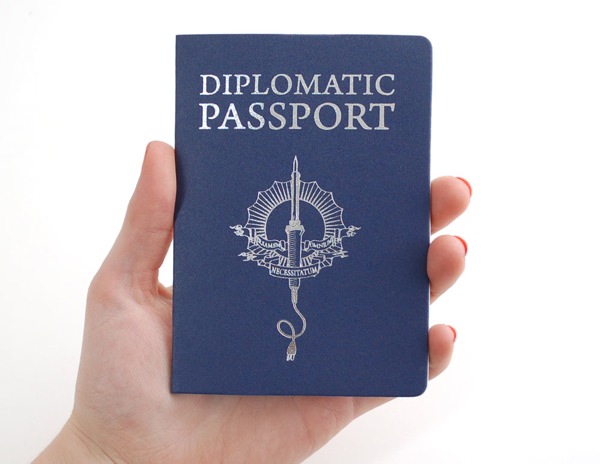 Hackerspace Passport. There are hundreds of hackerspaces around the world – teaching, sharing and becoming valuable parts of their local communities. As makers travel from place to place a popular thing to do is to visit a local hackerspace and get your very own hackerspace passport stamped! Adafruit is pleased to have these in stock now! We spent a long time testing different materials and embossing to make these Hackerspace passports something you’ll have for a lifetime.

These are high-quality and durable passports with beautiful silver embossing, they’re very similar to passports, but for hackerspaces! 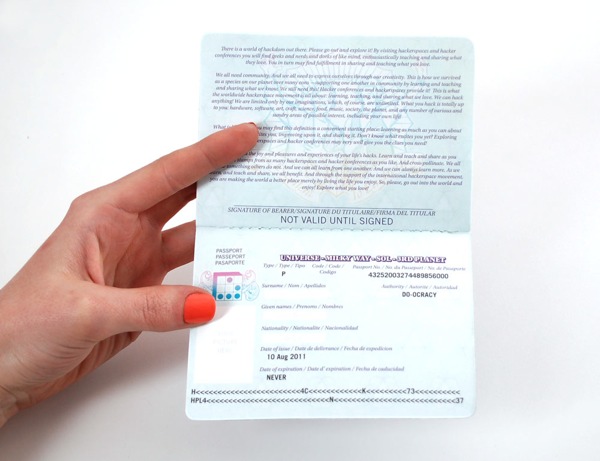 Here’s how Mitch Altman (TV-B-Gone, Brain Machine) who came up with Hackerspace Passport, describes them!

I created Hackerspace Passports to:

These Hackerspace Passports look a lot like US Passports, but no fingerprints needed! And, rather than a requirement for passing borders, they are intended to encourage it! Hackerspace and hacker cons around the world have made their own stamps, so people can get their Hackerspace Passport stamped everywhere they go! I released the first 2600 of these at Chaos Communication Camp 2011, which seemed appropriate to me, since the previous Camp (in 2007) was the birthplace of the new wave of hackerspaces. 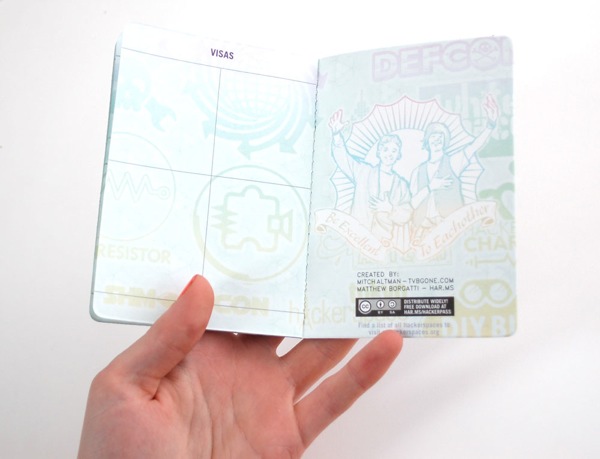 Here are some great photos of people using the Hackerspace passports!

The Hackerspace Passport is by Mitch Altman and Matthew Borgatti. Released released under a Creative Commons Attribution-ShareAlike License.

Filed under: books, random — by adafruit