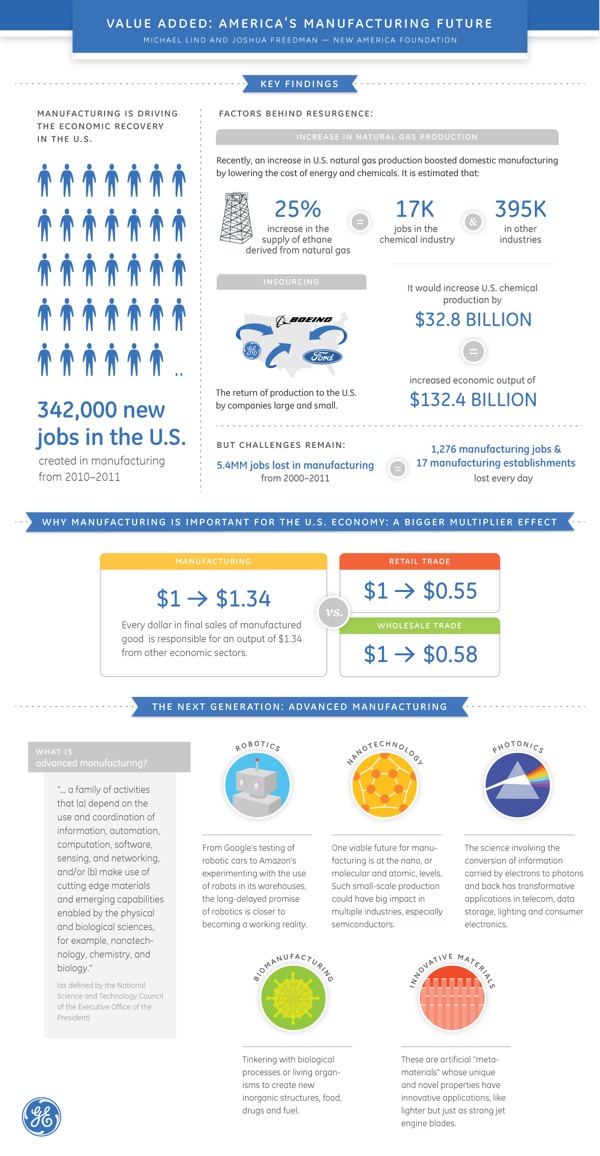 Not so long ago, American manufacturing was considered a moribund sector whose glory was fading with the rise China and other cheap labor markets. But look today. According to a new report from the New America Foundation titled Value Added: America’s Manufacturing Future, the sector is motoring through a robust renaissance fueled by new technologies, software, innovation, and lower energy costs. “U.S. manufacturing remains an important, leading sector in both American and global economies,” write the report’s authors Michael Lind and Joshua Freedman. “If American manufacturing were a separate nation, it would have eighth largest economy in the world.”

The authors found that manufacturing has led America’s current economic recovery and added over 342,000 jobs over the last two years, the most since the boom years of the late 1990s. Manufactured goods now account for 53 percent of all American exports. The sector is also responsible for 70 percent of all R&D spending by private companies and creates nearly seven million jobs in other industries. “The combination of increased labor costs in China and elsewhere with U.S. manufacturing productivity growth, which compensates for higher wages, has made it more competitive to invest in American manufacturing,” Lind and Freedman say.

Comments Off on Innovative Manufacturing is the Locomotive of America’s Economic Growth, New Study Finds @ge_reports