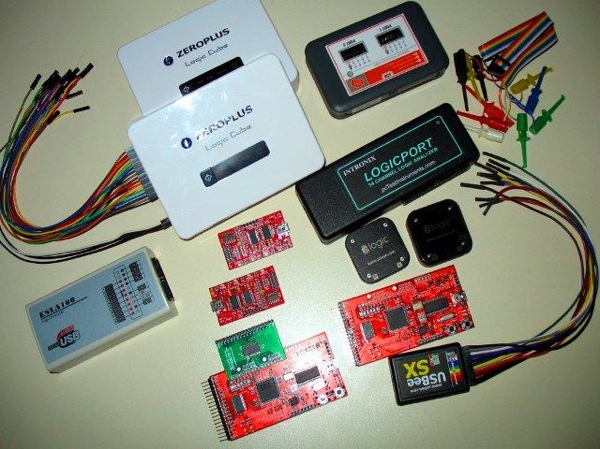 Uwe Hermann today announced the availability of sigrok, one of the first Open Source logic analyzers. Tired of being tied to Windows and proprietary software with limited features, in late 2010 he began work on flosslogic, which, after discovering Bert Vermeulen was also working on similar software, became sigrok. From the article: “Thus, the goal was to write a portable, GPL’d, software that can talk to many different logic analyzers via modules/plugins, supports many input/output formats, and many different protocol decoders. … Currently supported hardware includes: Saleae Logic, CWAV USBee SX, Openbench Logic Sniffer (OLS), ZEROPLUS Logic Cube LAP-C, ASIX Sigma/Sigma2, ChronoVu LA8, and others.