As hard as it might be to believe, I had never built an electronic clock of any kind. I’ve always thought electronic clocks were passe and not worth the time to design and build one. In addition, I thought that all interesting electronic clocks designs had already been built so why bother building an also ran. However as I was looking around for something to do with the 15′ of RGB LED ribbon (LPD8806) I purchased from AdaFruit it occurred to me that I could use a short segment of the ribbon (14 LEDs worth) to build a unique electronic clock which used the RGB LEDs to display the time, date and a few animated patterns. I already had a SparkFun Pro Micro Arduino compatible micro controller module handy so the only part I was lacking was a real time clock (RTC) module. I wanted to use a battery backed up RTC module to make the clock accurate, reliable and impervious to power failure. I chose the ChronoDot ultra precise RTC module from Adafruit speced at less than a minute of drift per year. Designing the LED clock circuitry was easy because of the small number of parts involved. See the schematic at the bottom of this page for the details. To simplify the design I decided to power the clock via USB so no power supply components were required. With all of the parts in hand I breadboarded the circuitry and wrote the software for the LED clock using the Arduino 1.0 IDE. The software for the LED clock is freely available here. If you use and/or modify the LED clock software and redistribute it, I would appreciate an attribution. 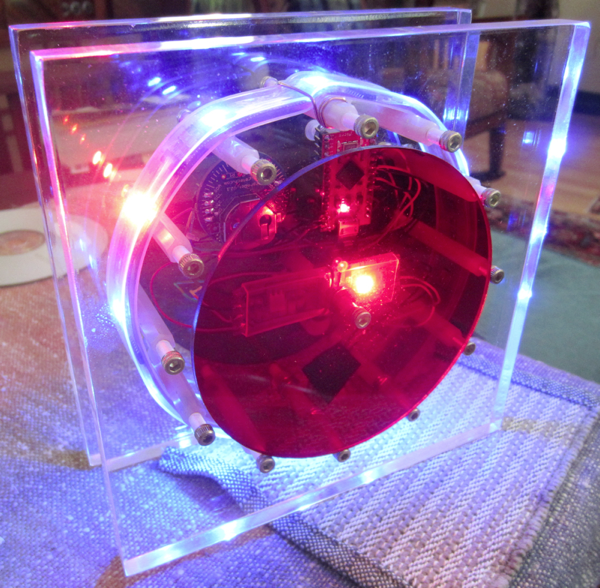 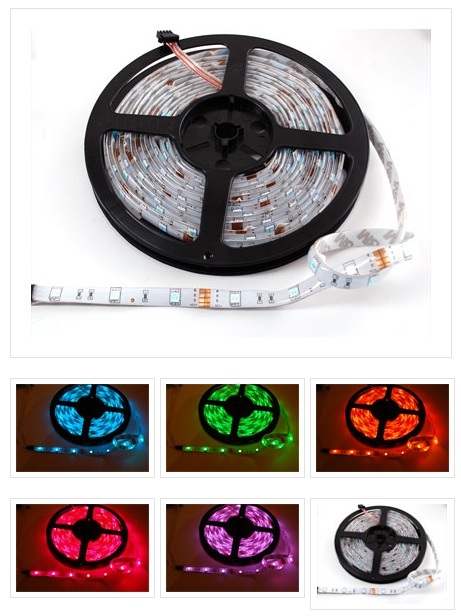 These LED strips are fun and glowy. There are 30 RGB LEDs per meter, and you can control the entire strip at once with any microcontroller and three transistors. The way they are wired, you will need a 9-12VDC power supply and then ground the R/G/B pins to turn on the three colors. Use any NPN or N-channel MOSFET (although the big powerful kind is good for a large strip) and PWM the inputs for color-mixing.