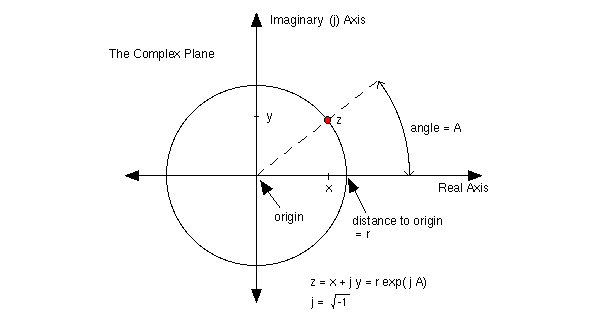 Today would be the 267th birthday of Danish-Norwegian geographer Caspar Wessel, the inventor of the complex plane. During his lifetime, his work was largely ignored, in part because he was a land surveyor and not an academic — I couldn’t even find a picture of him — but today his work is regarded as groundbreaking and innovative. From his bio:

Wessel was born on June 8, 1745, in Jonsrud in Akershus county, Norway (then part of Denmark), to Jonas Wessel, a church vicar, and Maria Schumacher, his wife. He attended the Christiania Cathedral School in Oslo from 1757 to 1763 and then spent a year at the University of Copenhagen. Wessel’s career in cartography, or map-making, began in 1764, when he became an assistant to the Danish Survey Commission soon after leaving the University of Copenhagen. He earned a law degree in 1778 and rose to survey superintendent in 1798.

In 1797, Wessel published a little-noticed paper on the geometric representation of complex numbers, which he presented to the Royal Danish Academy of Sciences. Gauss reportedly had been working on the problem as early as 1799, but did not publish the idea until 1831. Argand, a bookkeeper, published the concept in 1806, and that work became very influential, hence many refer to a plane of complex numbers as the Argand plane or an Argand diagram. “And yet [Wessel’s] exposition was, in some respects, superior to and more modern in spirit than Argand’s,” writes Phillip S. Jones in the Dictionary of Scientific Biography. Wessel’s work lay forgotten for 98 years and was republished in French on the 100th anniversary of the original publication. “It is regrettable that it was not appreciated for nearly a century and hence did not have the influence it merited,” writes Jones. Biographical information about Wessel is also lacking, as he had been deceased 79 years before his achievement was recognized.

Graphical representation of complex numbers is a key mathematical component of contemporary computer graphics and was a major breakthrough for mathematicians grappling with understanding higher concepts. “The simple idea of considering the real and imaginary parts of a complex number a + bi as the rectangular coordinates of a point in a plane made mathematicians feel much more at ease with imaginary numbers,” Howard Eves wrote in An Introduction to the History of Mathematics. “Seeing is believing, and former ideas about the nonexistence or fictitiousness of imaginary numbers were generally abandoned.”

Some scholars also credit Wessel with advancing the idea of adding vectors in a three-dimensional space, a basic concept in modern physics. The mapmaker realized that nonparallel vectors could be added together by laying the terminal end of one line at the beginning of a second, and then summing them by drawing a line from the beginning of the first vector to the end of the second.

Much of signal processing and control theory would be black magic without Wessel’s method for plotting complex numbers. If you’d like to read more about Caspar Wessel’s historical contributions, you can check out this presentation by Kirsti Andersen.

The first time I saw the complex plane, I was totally blown away — thanks, Caspar!

Poles up, zeroes down.

Filed under: EE, science — by johngineer

Comments Off on Happy Birthday Caspar Wessel, Inventor of the Complex Plane