I wanted to see if the accelerometer breakout board could be used to make a game controlled by tilting. The result is a game where you help Mosfet the cat round up bouncing Adafruit logos. 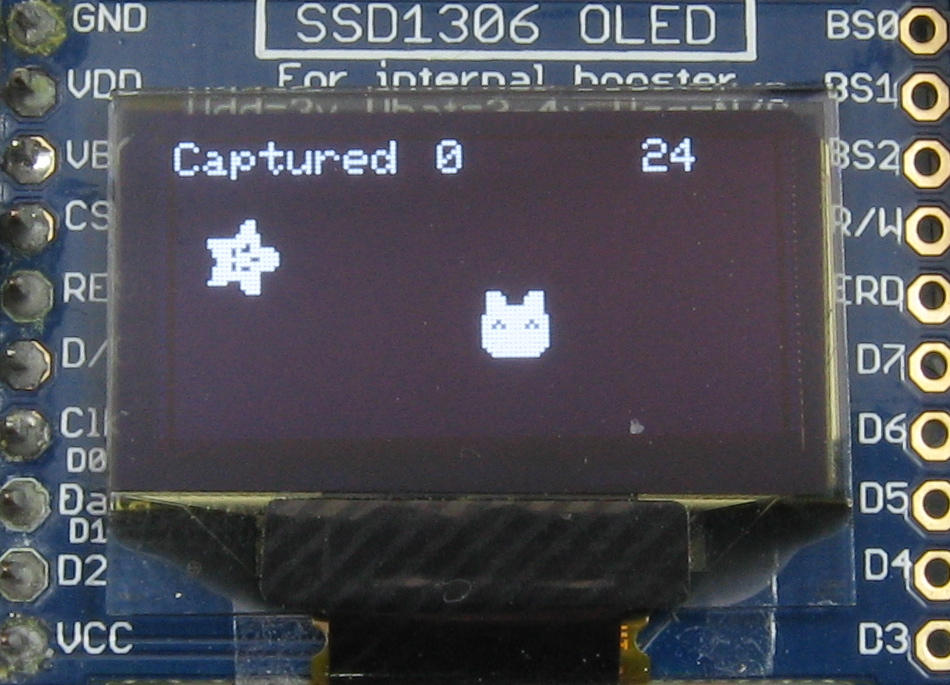 For this project I used: 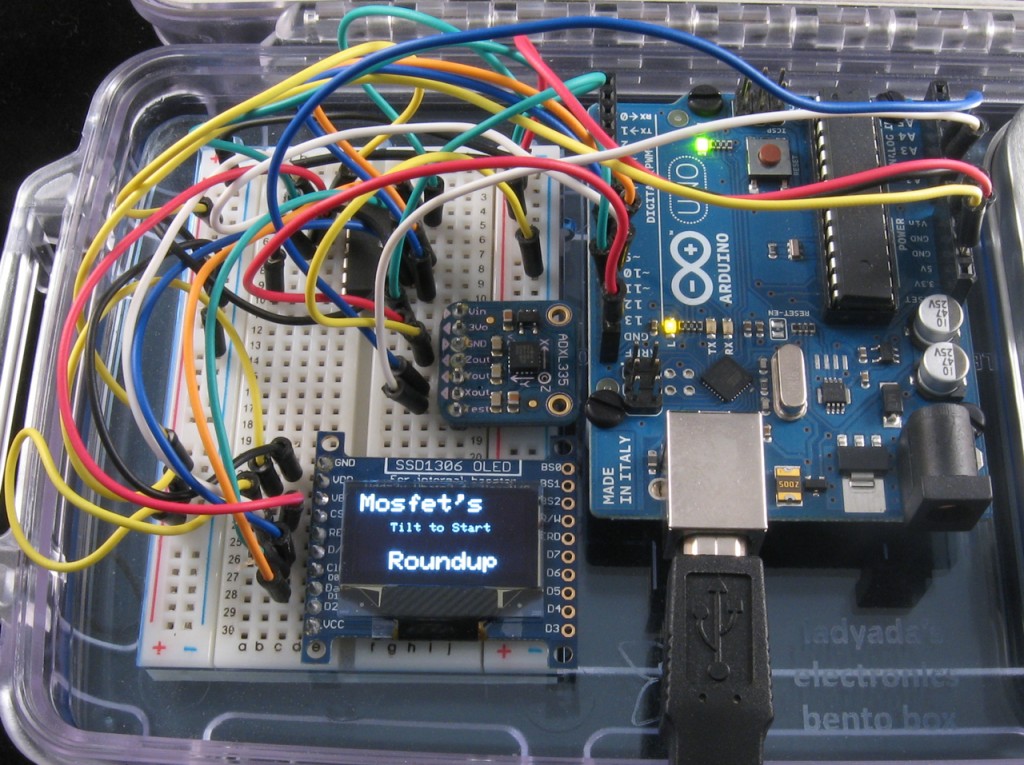 The OLED is connected to the Arduino by following the wiring in the tutorial. The tilt sensor provides values in the range of 0 to 3.3v, but the Arduino expects values in the range of 0 to 5v. Looking through the Arduino documentation, the analogueReference function allows you to specify how the Arduino determines the top of the input range for analogue sensor reads. Passing the EXTERNAL option to it and connecting the 3.3v out pin on the ADXL335 breakout board to the AREF pin on the Arduino sets the top to 3.3v. In the end, I found that I didn’t need to worry about the range to this level for simple tilt sensing, but liked the idea of having the input ranges match.

The accelerometer is added to the circuit as below:

In the code, the X and Y values from the sensor are flipped to match the OLED’s X and Y coordinates. Additionally, the sensor values are captured at startup to use as a reference point for “level” to determine the tilt of later reads:

I found that the raw sensor reads were too sensitive for gameplay to be predictable. I handled this by dividing the change value by 10:

Full source is available on github.  I hope you enjoy playing Mosfet’s Roundup and I’d love to see what you’ve done with the tilt sensor.