“How I Accidentally Kickstarted the Domestic Drone Boom” 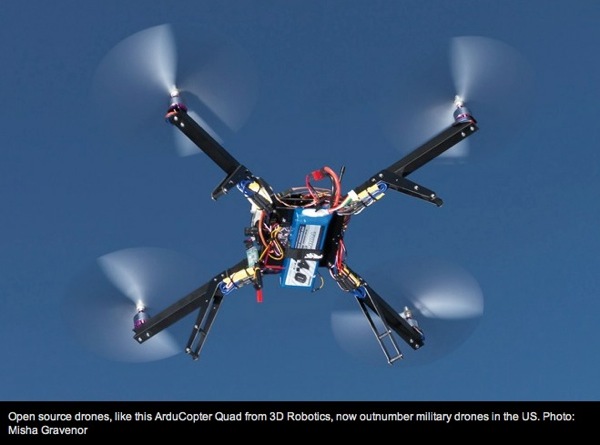 How I Accidentally Kickstarted the Domestic Drone Boom.

At last year’s Paris Air Show, some of the hottest aircraft were the autonomous unmanned helicopters—a few of them small enough to carry in one hand—that would allow military buyers to put a camera in the sky anywhere, anytime. Manufactured by major defense contractors, and ranging in design from a single-bladed camcopter to four-bladed multicopters, these drones were being sold as the future of warfare at prices in the tens to hundreds of thousands of dollars.

In May, at a different trade show, similar aircraft were once again the most buzzed-about items on display. But this wasn’t another exhibition of military hardware; instead, it was the Hobby Expo China in Beijing, where Chinese manufacturers demo their newest and coolest toys. Companies like Shenzhen-based DJI Innovations are selling drones with the same capability as the military ones, sometimes for less than $1,000. These Chinese firms, in turn, are competing with even cheaper drones created by amateurs around the world, who share their designs for free in communities online. It’s safe to say that drones are the first technology in history where the toy industry and hobbyists are beating the military-industrial complex at its own game.

Comments Off on “How I Accidentally Kickstarted the Domestic Drone Boom”