It’s a Sphere! The Inside Story of Nexus Q 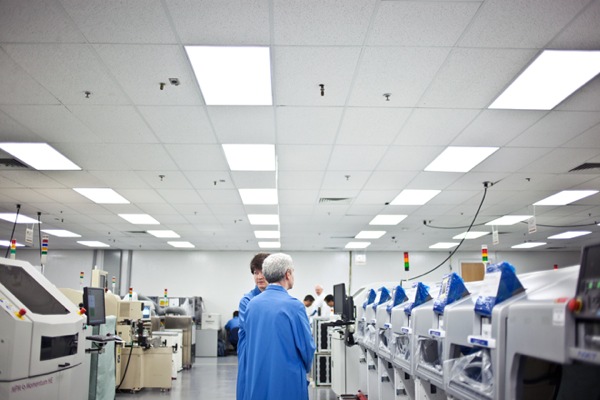 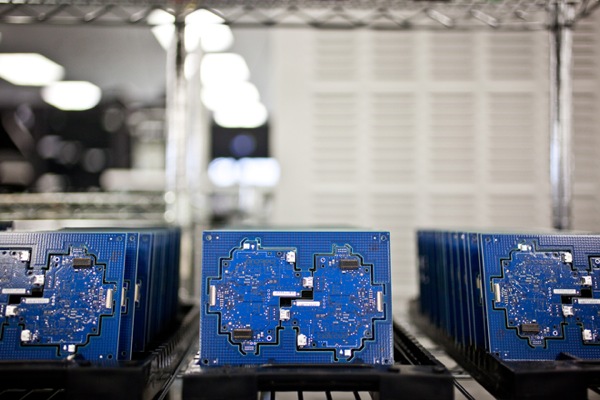 The Q is Google’s first fully branded hardware product, and it was developed completely in-house by a team of some 100 detail-obsessed employees.

The Nexus Q factory is located in America — close enough to Google for Britt (left) and Hershenson to drop in for a site visit when they need to. The facility is a single, vast, open room filled with both robotic equipment and real human beings assembling Nexus Q spheres, part by part.

Hershenson and Britt tend to fawn over Nexus Q like helicopter parents, so perhaps it’s natural that almost all supply chain partners (even the Nexus Q factory itself) are located in the United States, just a car ride or relatively short plane trip away. (Google was emphatic that Wired not reveal the location of the factory).

“When you’re building stuff in China, there can be a multi-week latency between when a product is produced until when you’re actually able to evaluate it,” says Britt. “Unless you’ve got somebody on the ground, constantly monitoring every aspect, it’s really hard to guarantee quality. You’re trusting someone 6,000 miles away.”
And for Google, the decision to manufacture locally wasn’t just about quality assurance. The company also had a very aggressive launch schedule, so it needed as much flexibility as possible in the production line. “We have a manufacturing run where units made in the afternoon end up in the homes of trial users that night. For the execution we wanted to achieve, it was a big enabler to build locally,” Britt says.

Some factory shots in there.

Comments Off on It’s a Sphere! The Inside Story of Nexus Q