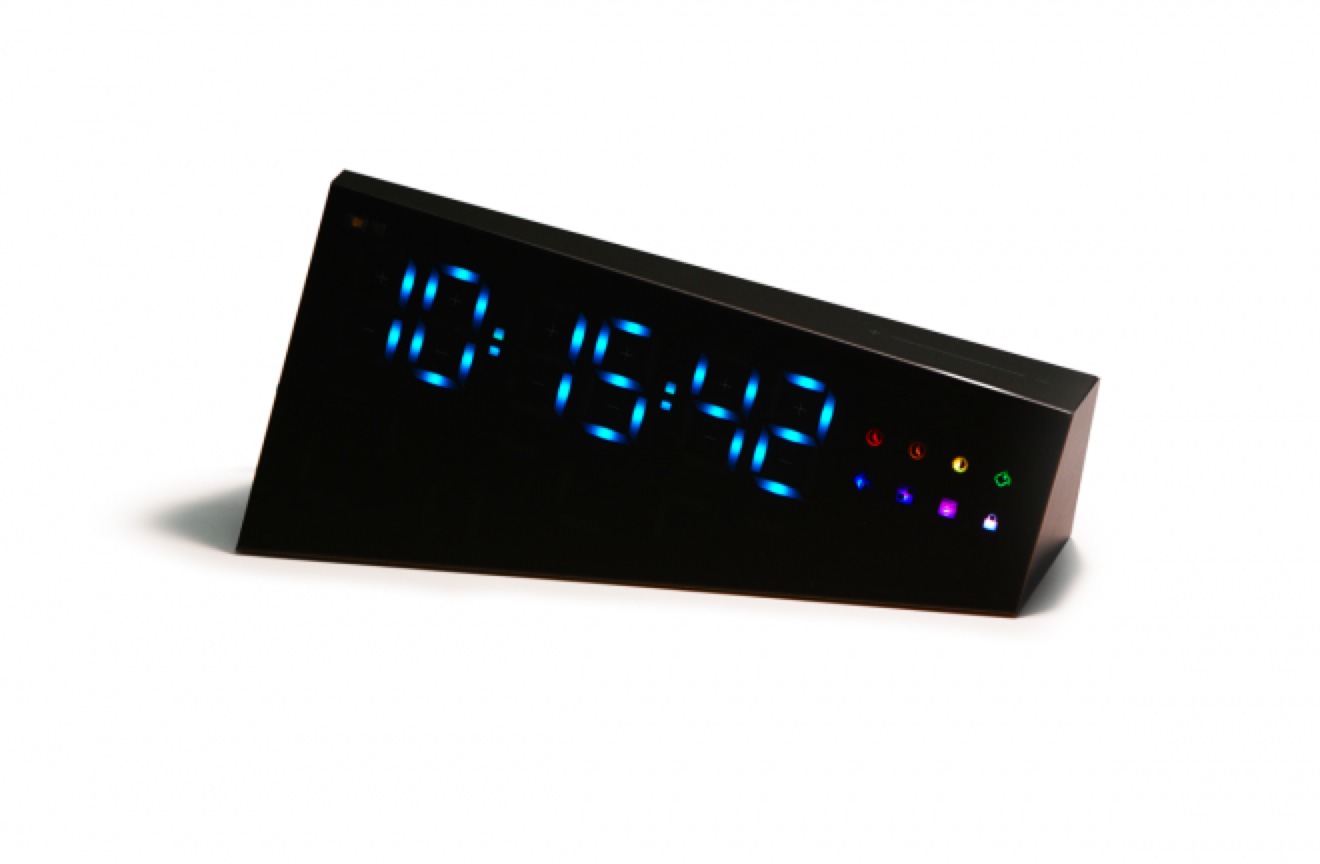 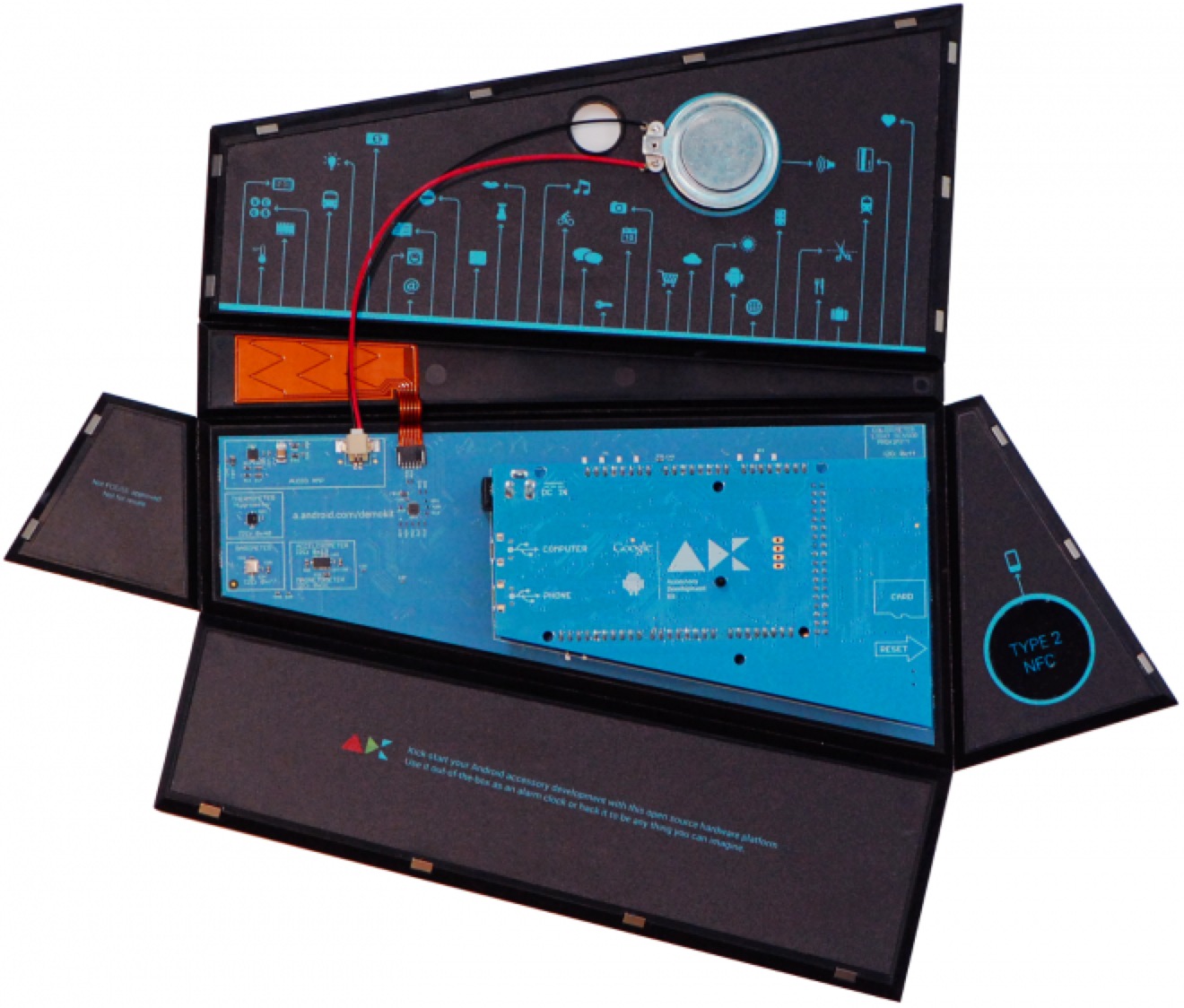 You may think of Android as an OS for phones and tablets, but Google’s ambitions run deeper. They’re pitching it as a platform that could run on all kinds of devices. To get developers on board with that plan, the company announced an update to the Android Accessory Development Kit (ADK) 2012 at Google I/O.

That’s an Arduino-compatible in there, official page here.

The ADK 2012 is based on the Arduino open source electronics prototyping platform and is an open hardware design. The hardware design files and firmware source code are included with the ADK software download. The ADK contains two main physical hardware components:

The main hardware features of the ADK are as follows:

The ADK comes preloaded with an alarm clock firmware program that you can use immediately. A companion Android application, ADK 2012, is available on Google Play. The source code for both the Android application and the ADK firmware (an Arduino sketch) can be downloaded from this page.