What Happened to the Craftsmanship Spirit? 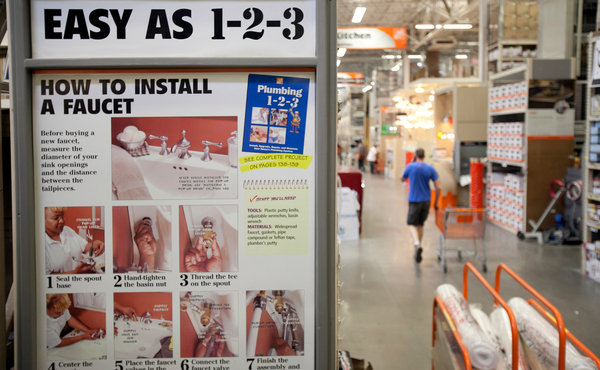 Essay by Louis Uchitelle in the Times:

Ask the administration or the Republicans or most academics why America needs more manufacturing, and they respond that manufacturing spawns innovation, brings down the trade deficit, strengthens the dollar, generates jobs, arms the military and kindles a recovery from recession. But rarely, if ever, do they publicly take the argument a step further, asserting that a growing manufacturing sector encourages craftsmanship and that craftsmanship is, if not a birthright, then a vital ingredient of the American self-image as a can-do, inventive, we-can-make-anything people.

That self-image is deteriorating. And the symptoms go far beyond Home Depot. They show up in the wistful popularity of books like “Shop Class as Soulcraft,” by Matthew B. Crawford, in TV cooking classes featuring the craftsmanship of celebrity chefs, and in shows like “This Old House.”

Traditional vocational training in public high schools is gradually declining, stranding thousands of young people who seek training for a craft without going to college. Colleges, for their part, have since 1985 graduated fewer chemical, mechanical, industrial and metallurgical engineers, partly in response to the reduced role of manufacturing, a big employer of them.

“In an earlier generation, we lost our connection to the land, and now we are losing our connection to the machinery we depend on,” says Michael Hout, a sociologist at the University of California, Berkeley. “People who work with their hands,” he went on, “are doing things today that we call service jobs, in restaurants and laundries, or in medical technology and the like.”

That’s one explanation for the decline in traditional craftsmanship. Lack of interest is another. The big money is in fields like finance. Starting in the 1980s, skill in finance grew in stature, and, as depicted in the news media and the movies, became a more appealing source of income.

An interesting read, though this is old news to Makers, many of whom seek to redress the balance.