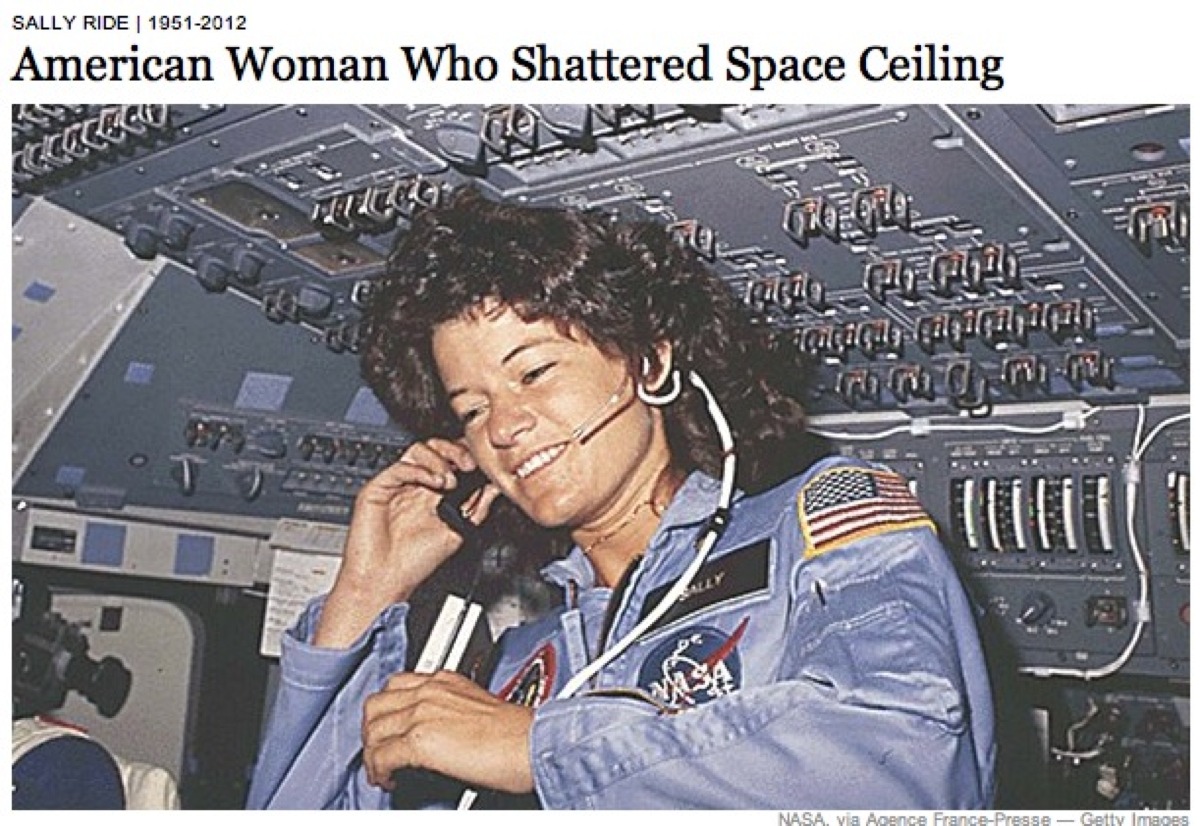 Sally Ride, the first American woman to fly in space, died on Monday at her home in San Diego. She was 61.

Dr. Ride, a physicist who was accepted into the space program in 1978 after she answered a newspaper ad for astronauts, flew on the shuttle Challenger on June 18, 1983, and on a second mission in 1984. At 32, she was also the youngest American in space.

She later became the only person to sit on both panels investigating the catastrophic shuttle accidents that killed all astronauts on board — the Challenger explosion in 1986 and the Columbia crash in 2003.

Dr. Ride was finishing studies at Stanford University — she had degrees in physics and astrophysics (and also English) — and looking for a job when she saw NASA’s advertisement. She looked at the qualifications and said, “I’m one of those people,” she told The New York Times in 1982.

She applied, and made the cut.