“For More Pianos, Last Note Is Thud in the Dump” 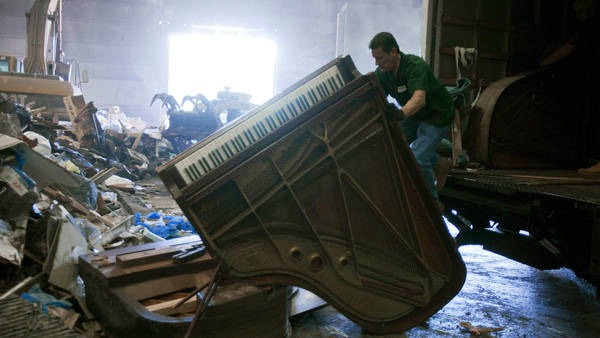 For More Pianos, Last Note Is Thud in the Dump @ NYTimes.com.

Piano dealers also blame other changes in society for a lack of demand in the used-piano market: cuts in music education in schools, competition for practice time from other pursuits, a drop in spending on home furnishings with the fall of the housing market.

Whatever the reason, people in the piano world agree that disposals are mounting.

O’Mara Meehan Piano Movers said it takes 5 to 10 pianos a month to the debris transfer site here. The company was founded in 1874 by the great-grandfather of the brothers Bryan and Charles T. O’Mara Jr.