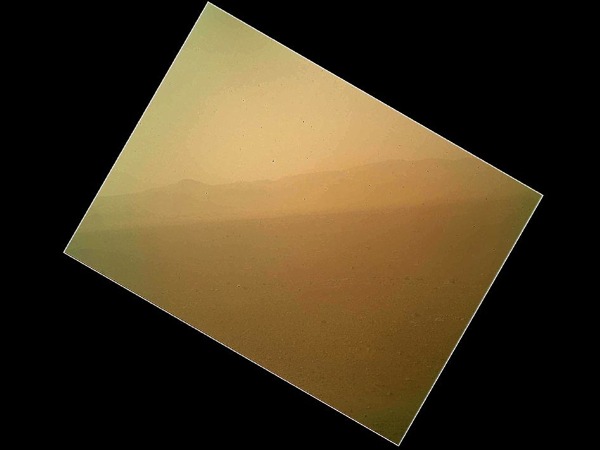 This view of the landscape to the north of NASA’s Mars rover Curiosity was acquired by the Mars Hand Lens Imager (MAHLI) on the afternoon of the first day after landing. (The team calls this day Sol 1, which is the first Martian day of operations; Sol 1 began on Aug. 6, 2012.)

In the distance, the image shows the north wall and rim of Gale Crater. The image is murky because the MAHLI’s removable dust cover is apparently coated with dust blown onto the camera during the rover’s terminal descent. Images taken without the dust cover in place are expected during checkout of the robotic arm in coming weeks.

The MAHLI is located on the turret at the end of Curiosity’s robotic arm. At the time the MAHLI Sol 1 image was acquired, the robotic arm was in its stowed position. It has been stowed since the rover was packaged for its Nov. 26, 2011, launch.